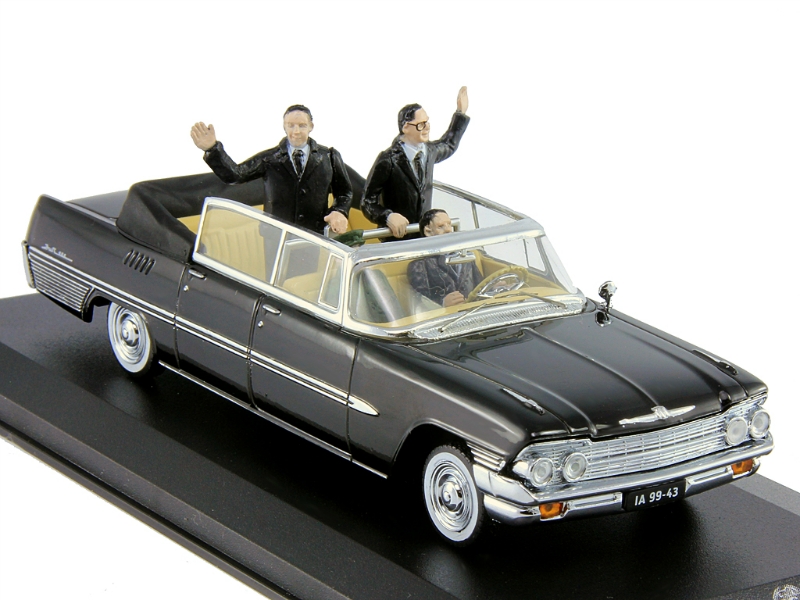 The ZiL 111 was the first true limousine of the former U.S.S.R (Soviet Union). So large was its size that it entered in to the Guinness Book of World Records as the world’s biggest passenger car.

Launched in 1958, the car was monstrous - with a 6-litre V8 engine that produced 200 HP, this car would do a maximum of 170 km/hr. The interiors had a different story with plush and luxurious fittings throughout the car. Electric-windows, vaccum-operated windscreen wash, defrosting, 5-band radio, etc. So expensive was this model meant that only the top bosses of the communist regime (Politburo) could travel in it.

This car was a personal favourite of the General Secretary of the Central Committee of Communist Party, Leonid Brezhnev who was also the President of USSR. He even gifted one to Cuban leader Fidel Castro and his best friend, President Erich Honecker of DDR or East Germany (Erich Honecker used the car when foreign dignitaries visited him).

It was in 1971 that Leonid Brezhnev met Erich Honecker at the Sheremetyevo Airport, Moscow and gave that historic kiss before both were driven on this ZiL 111 for their meeting.

This scale model is an exact rendition of the same and comes with 4 figurines including the driver and bodyguard.