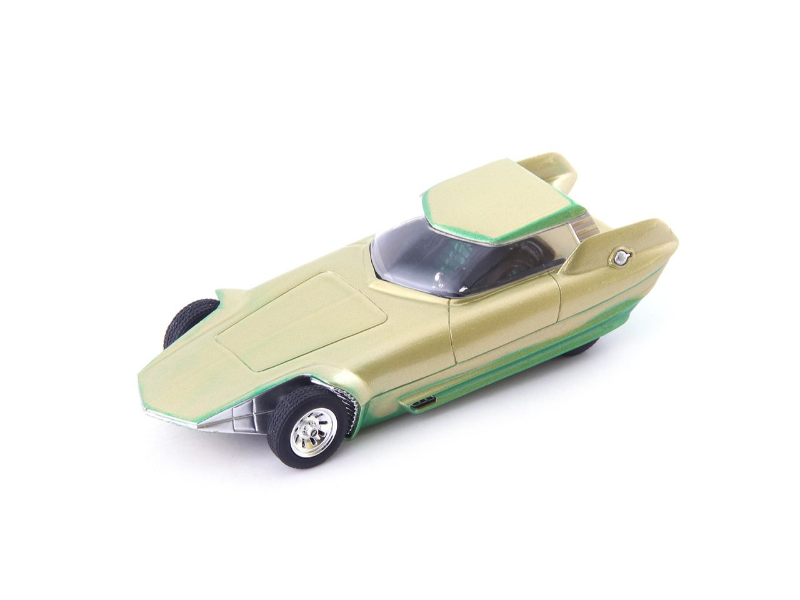 Gene Winfield was born in Springfield in 1927 and grew up in Modesto, California. Already at the age of 10, he made aeroplanes in his spare time, which he derived from photos. At the age of 15, he bought his first car. He immediately re-painted it in a different colour—his first step into the customising scene. His interventions into the vehicle architecture became more and more intense, and he did not shy away from anything.

At his workshop, called ’Winfield’s Custom Shop’, he created his own modified cars. His ‘Strip Star’ – a converted 1946 Ford with a customised car body – attracted a lot of attention on the scene in the early 1960s. Most probably, this car aroused the interest of Joe Kizis, a show promoter from the East Coast of America. The organiser wanted a very special, eye-catching car and budgeted 20,000 dollars for its construction.

Gene Winfield fulfilled the job by using the chassis of a Citroen DS with its distinctive suspension and equipping it with a six-cylinder turbocharged drive from a Corvette Corvair.

Under the name ‘Autorama Special’, the visually very abstract, shiny gold varnished show car was the eye-catcher at the ‘15th annual Hartford Autorama’ in 1965.

After this performance, Gene Winfield offered his car to ‘20th Century Fox’ and they staged it in some films. Among other things, the car known as ‘Reactor’ was seen in the "Star Trek" episode "Bread and Circuses,", in the "Batman" episode "The Funny Feline Felonies," and in the 1968 "Mission Impossible" TV episode "The Freeze".

On August 20, 2017, the car was exhibited together with nine other film vehicles in the specially created category of "American dream cars of the 1960s" at the popular ‘Pebble Beach Concours d’Elegance’.