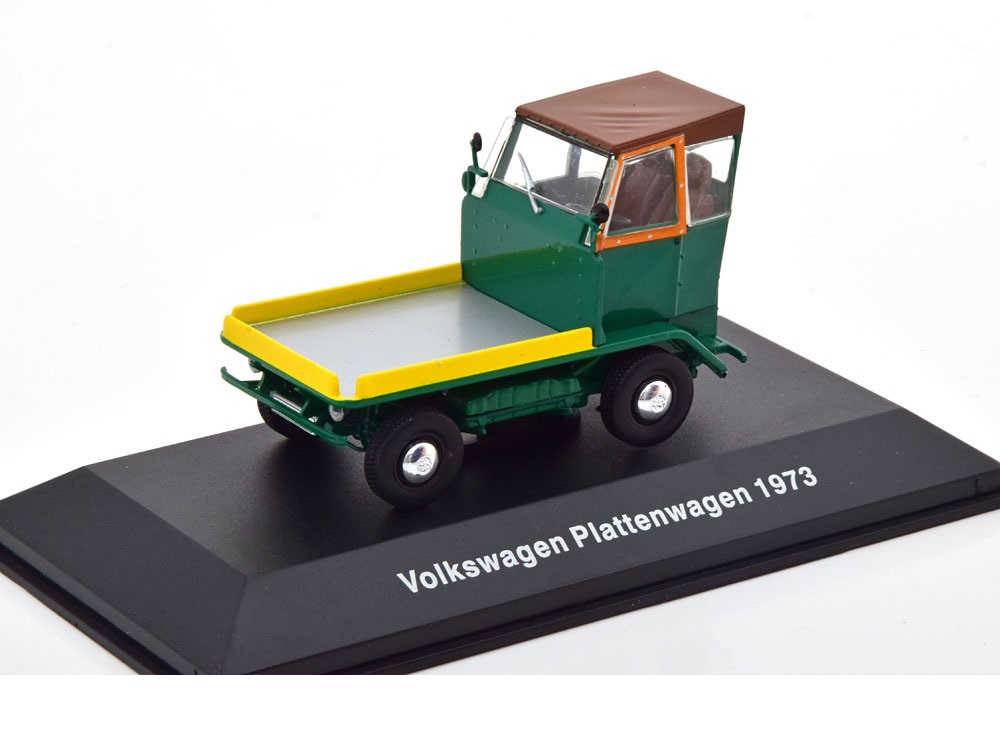 The Plattenwagen or Steel Plate Wagon, was born out of sheer necessity inside the Volkswagen factory, that was large with no forklifts inside the plant. It was developed by the workers to carry materials such as gearboxes, engines, panels, etc. inside the various sheds. It was in the year 1946.

A working platform standing on four wheels, the Plattenwagen was a rear-wheel drive wagon with a flatbed in the front while the driver sat at the rear (the seating configuration was either a single long wooden bench or, in some cases, two individual seats). The fuel tank was placed just below the driver’s position. Some of the Plattenwagens also had a simple boxy metal cabin to protect the driver from rain, snow, etc.

The Plattenwagen laid the basis for the foundation of the first van from Volkswagen, i.e., the VW T1, an idea seeded* by their Dutch distributor, Ben Pons, to the VW management, who finally produced them between 1946 and 1973.

* Ben Pons drew his initial sketch in his diary in April, 1947 (see image)