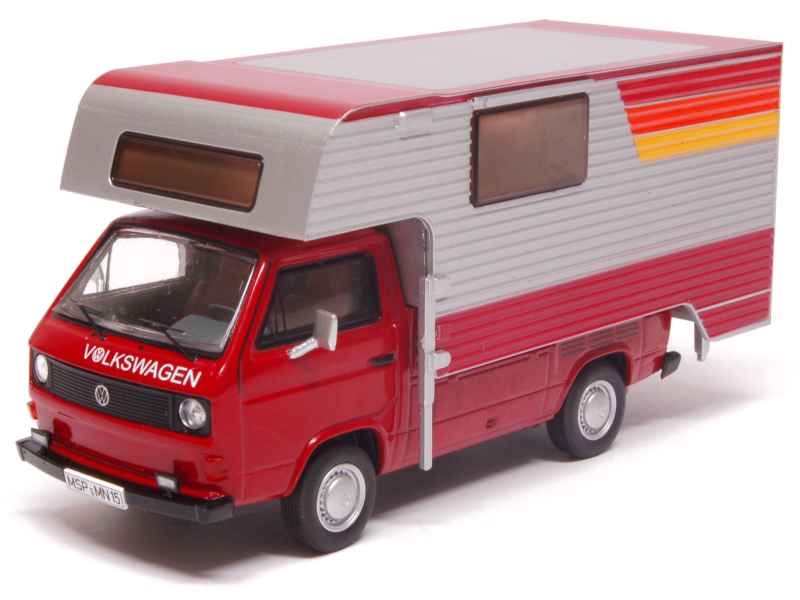 Launched in May 1979 at Hanover, the Type 2 (Bulli) third generation Volkswagen Transporter (also known as T3) had a lot of internal as well as external transformation.  It had new suspension, new engines of both 1.6 litre and 2.0 litre. Several variants were also offered to customers such as bus, van, single cab pick-up, double cab pick-up and names accordingly given such as Pritche, Doka, Multivan, Vanagon, Caravelle, and Transporter. A 4x4 off-road variant was also launched and was given the name Syncro.

Started in the 70's by Josef Tischer, this company in Germany is one of the leading builders of different types of campers.

This metal scale model is a rendition of one of their famous Campers.