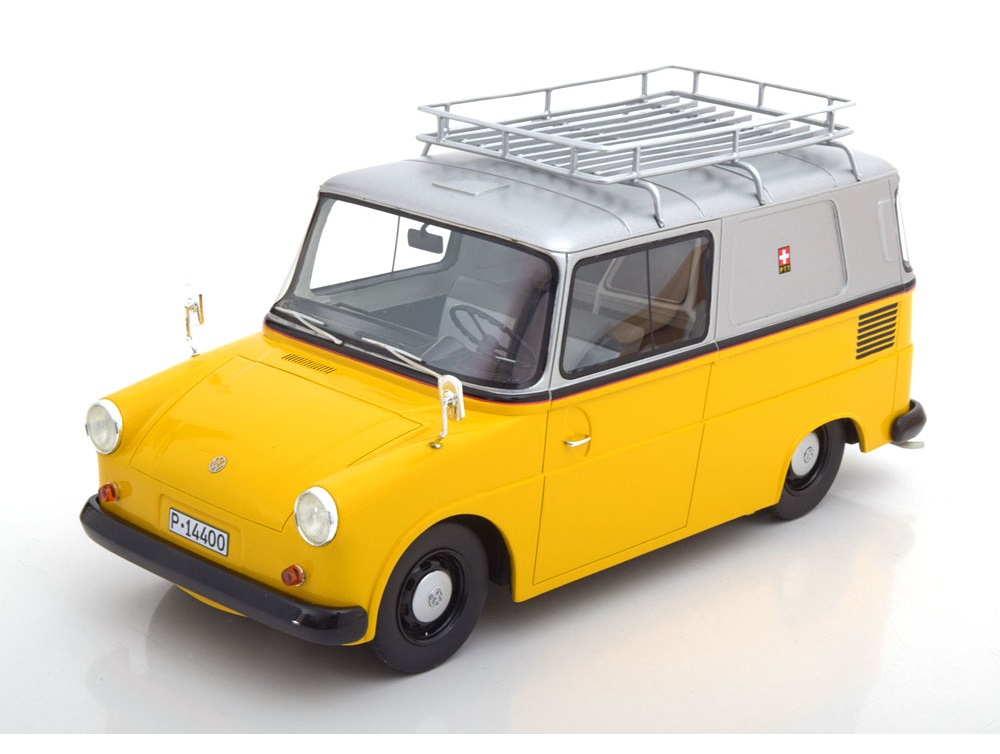 When German Posts (Deutsche Bundespost) were seeking the right vehicle for delivery of their parcels, Glas Works producer of the Goggomobil Transporter stepped in. Their vehicle, however failed during trials as its air-cooled twin cylinder, twin-stroke engine could not take the continuous run of travelling several kilometres.

For the Postal Authority, the other option was to choose any of the Volkswagen models - Beetle and the Transporter. But the VW Beetle was too small and the VW Transporter, a fairly large one. So Deutsche Bundespost laid down few specifications such as payload capacity, length, width, height and also the size of the storage compartment along with the number of doors and invited offers from all firms.

So VW (Volkswagen) takes the lead and makes a fusion vehicle. It borrows components from the Beetle (gearbox, engine and axles), Karmann Ghia (undercarriage and chassis), Transporter (mechanical items) and the VW 1500 (headlamps) and makes the first prototype that is termed Model EA14. Further improvements are made and the first Type 147 evolves which is then nick-named Fridolin. Two doors that slided along the length of the vehicle sideways allowed the driver to remove parcels/goods without the need to open the door.

Why the name Fridolin stuck on this model is until today a big mystery though there are number of stories but because the name was catchy it caught on. By 1963, the first of the Fridolin’s were shown to the Postal authorities who approved the design. With absolutely low running costs, the Fridolin caught the imagination of small business owners who also wanted it to move goods in smaller towns. Lufthansa, the German national airline purchased few of them to be used as airport service cars.

The Switzerland postal authority or Swiss Post also placed a large order for these vans. This scale model is an exact replica of the same.