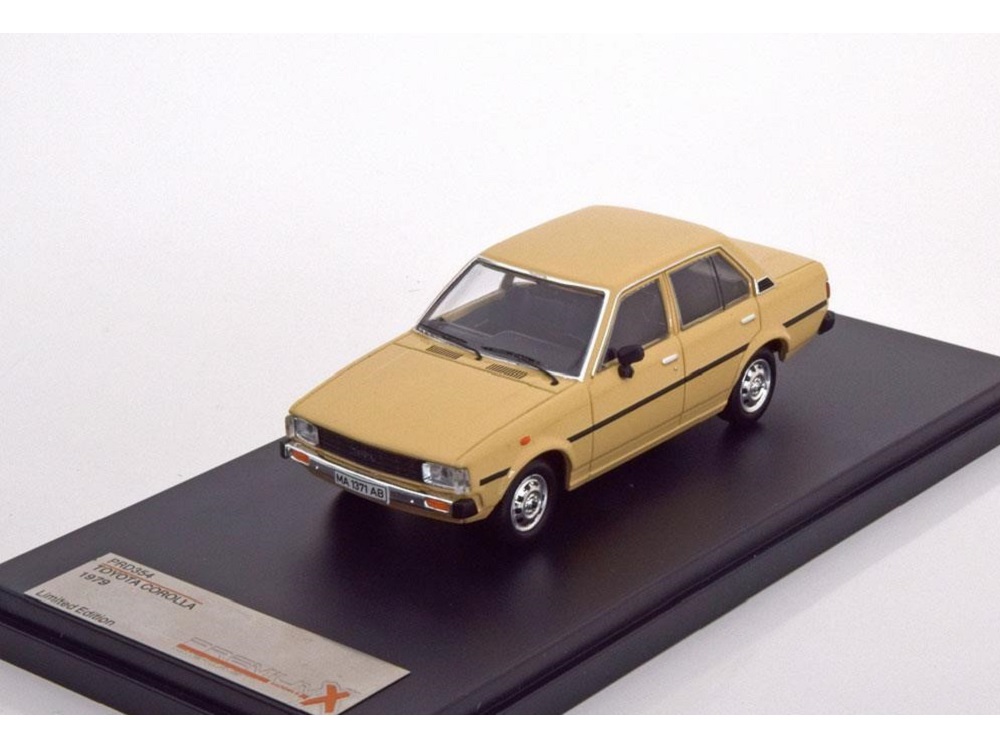 Going by various names such as Toyota T18 (in Australia and New Zealand), Toyota Sprinter and Daihatsu Charmant, the E70 model was the 4th generation series of the popular Toyota Corolla (Corolla overtook the Volkswagen Beetle in 1997 with more units of this model being sold). They were made in Japan, Thailand and Australia.

Conceptualised in 1974 its designer had to follow certain guidelines -

- Corolla has an illustrious tradition so the new Corolla should be built on that tradition, the kind the drivers of the world expect.

- Corolla must change. But never at the cost of any sales.

- Our new car must reflect the wishes of the consumer, the ordinary people who drive Corollas.

- Our car must be comfortable, have enough space and aerodynamic.

- Economy and value for money should be offered to our consumer.