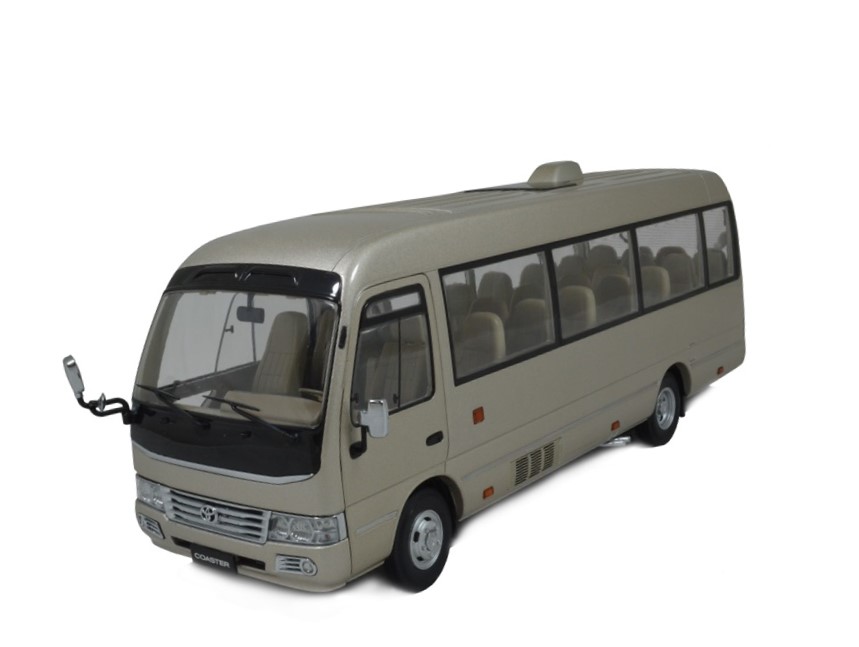 If Nissan has it’s Civilian minibus, then Toyota’s answer is the Coaster.

The Toyota Coaster mini-bus is a model that has been successfully running since 1969. Built from the chassis of the mini-truck Dyna, the Coaster that started as the Toyopet K170B series evolved in to the U10 and B10 series in 1969. It then moved on to having the second generation models (B20 and B30 series). This metal model is part of their 3rd generation series called B40 and B50 that was produced during the years 1992-2017.

Today the Coaster buses can be seen from Japan to South-East Asia and to the Middle East carrying staff members, school going children and public.