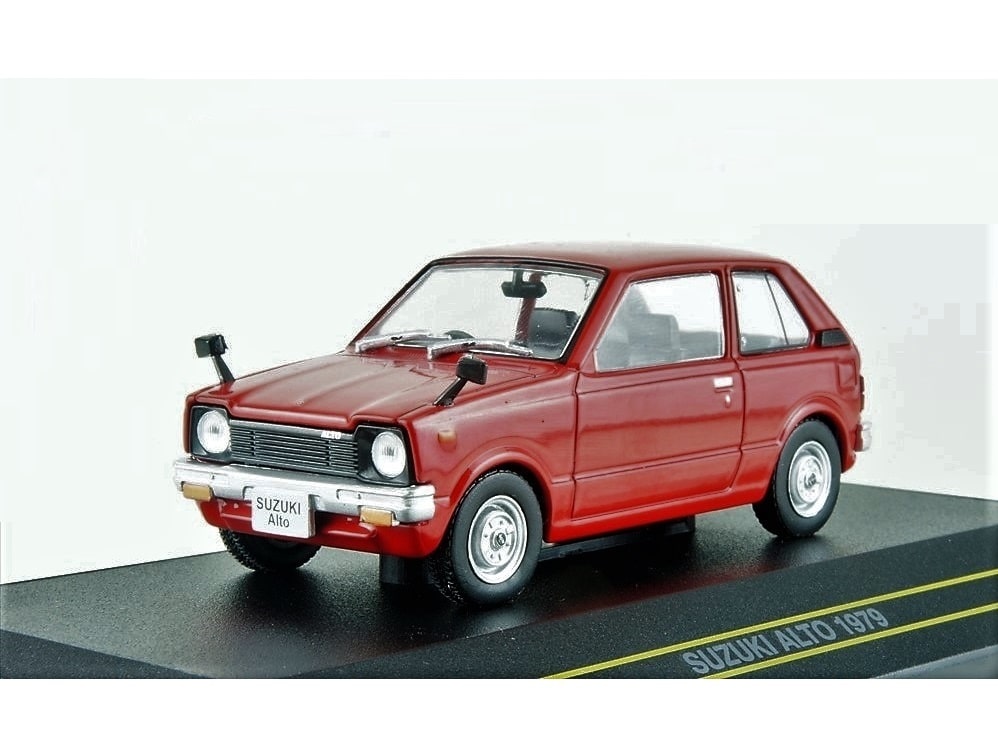 Suzuki Alto is a 'kei' car (a small car category class in Japan) built by the Suzuki Motor Corporation. This model (known as Suzuki Fronte in Japan) first rolled out in 1979 but over the years this model became so famous that production of its 8th generation model is still on.

The 2-door model with a 796 cc engine was sold under names such as Suzuki SS40 and Alto (when sold overseas) while in India it was known as Maruti 800 and was a 4-door version. The same in Pakistan was known as Suzuki Mehran.

In India, in the 70’s the Government of India was seeking a reliable foreign partner to produce cars for the masses so as to break the monopoly of two brands – Ambassador (Morris Oxford) made by Hindustan Motors and the Padmini (FIAT 1100) made by Premier Automobiles. When discussions with other manufacturers such as Citroen, Renault and Volkswagen failed, it was only Suzuki who showed maximum interest to produce cars locally.

So, Government of India backed firm Maruti Udyog signed an agreement with Suzuki Motors Corporation to form a new venture called Maruti Suzuki India Ltd. on 24th February, 1981. In less than a year’s time a brand new factory was set-up. The first India made Suzuki car rolled out in 1983.

On 14 December 1983 an airline employee from Delhi, Harpal Singh was handed over the first keys by former Prime Minister Indira Gandhi. It was a white colour car with the number plate 6479. The price tag of Rs. 50,000 appealed to the middle-class society who could finally buy a car.

The Maruti 800 changed the entire automobile scenario in India. Cars made in India were exported to several Western countries until the model’s demise on 18th January 2013.

A rare 1:43 scale collectible of an Suzuki Alto in metal.