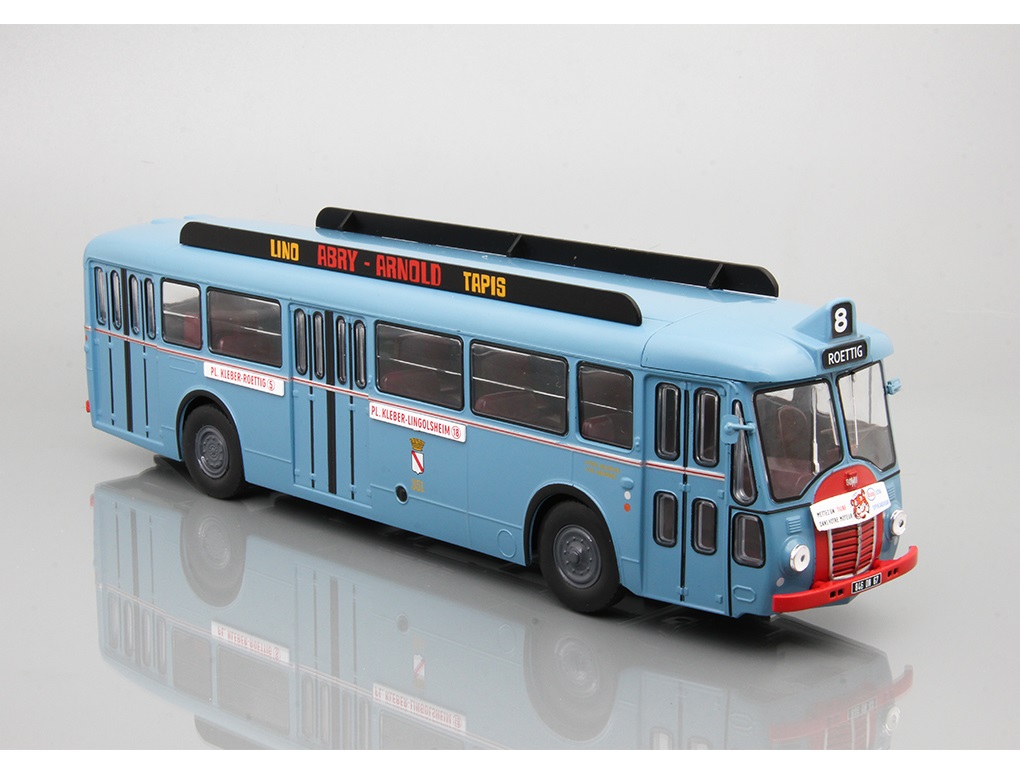 An acronym for Société d'Outillage Mécanique et d'Usinage d'Artillerie or SOMUA, this truck maker made the bus model OP5/3 with 3 doors for the state owned public services operator called RATP at a time when the population of the city of Paris was soaring.

Built between 1959-1974 380 units of this model were delivered to RATP. New routes were added after its induction that took passengers to various parts of the city.

This metal model is a rendition of the bus that used to ply between the communes of Kleber - Roettig - Lingolsheim in France that borders Germany.

Sandali per Donna Ur