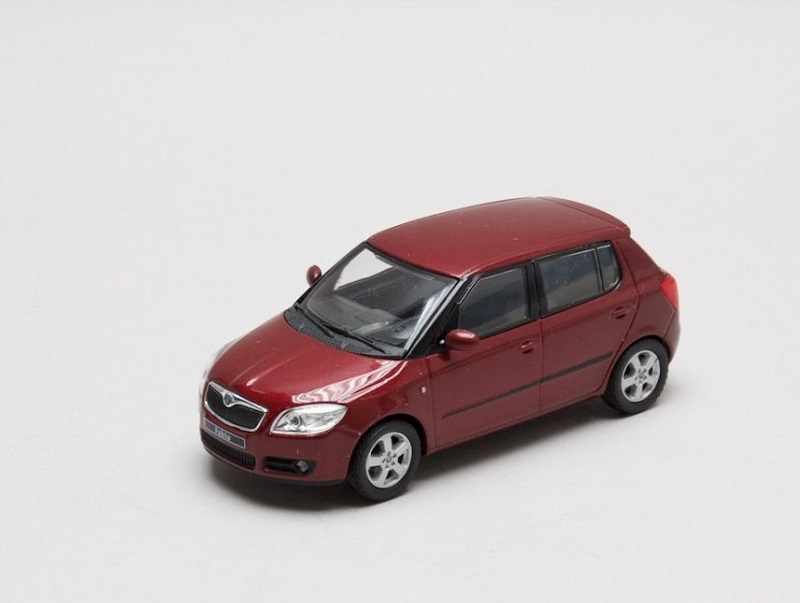 The Skoda Fabia was the successor to the model called the Felicia. First introduced during the Frankfurt Auto Show in 1999, the first generation Fabia’s were produced until the year 2007.

The second generation models (Fabia II) came out in the same year i.e. 2007 and were produced globally until 2014. In India, this Fabia model was produced in Aurangabad, Maharashtra until 2013.

A 60 second advertisement film of the launch of Skoda Fabia II on 17th May, 2007 caught the attention of entire Great Britain. This ad film called "Cake" cost GBP 500,000 (Rs. 4.5 crore) and was splashed across television, cinemas, magazines, etc. This advertisement went on to sweep all major awards.

* The ad begins a montage of shots of white-uniformed cooks moving trolleys of ingredients and performing cake preparation work such as zesting oranges and mechanically mixing cake batter. Several large blocks of madeira cake are taken from the oven, starting a time-lapse sequence of the brick-like cakes being arranged into a pile and being mortared with buttercream icing.

After a shot of gloved hands kneading orange sugar paste, a woman pours melted chocolate into a pot of Rice Krispies. The sugar paste is pressed between rollers, and the pot of Rice Krispies emptied into a mould. Layers of Battenberg cake are mortared together with raspberry jam. The Rice Krispies are removed from the moulds and arranged as panels around the madeira structure, creating the rough outline of a car.

Jelly mixture is poured into a mould while another cook attaches Fox's Glacier Mints to a fondant base to create a headlamp. Long lines of liquorice are wrapped as belts around pieces of a madeira engine. A tin of golden syrup is poured in place of lubricant. The engine is lowered into the front of the car while pastry chairs are lowered into the interior. The jelly mould is removed to reveal a brake light, and a tyre made of chocolate fondant is wheeled in and various details such as liquorice windscreen wipers and a front grille made of chocolate Flakes are added to the car.

The bonnet is lowered and icing sugar is dusted onto the roof before a fondant Škoda logo is attached to the front. The closing shot is of the team lined up around their creation, which now appears to be a cake replica of a Škoda Fabia, with the tagline "The new Fabia. Full of lovely stuff." across the bottom.