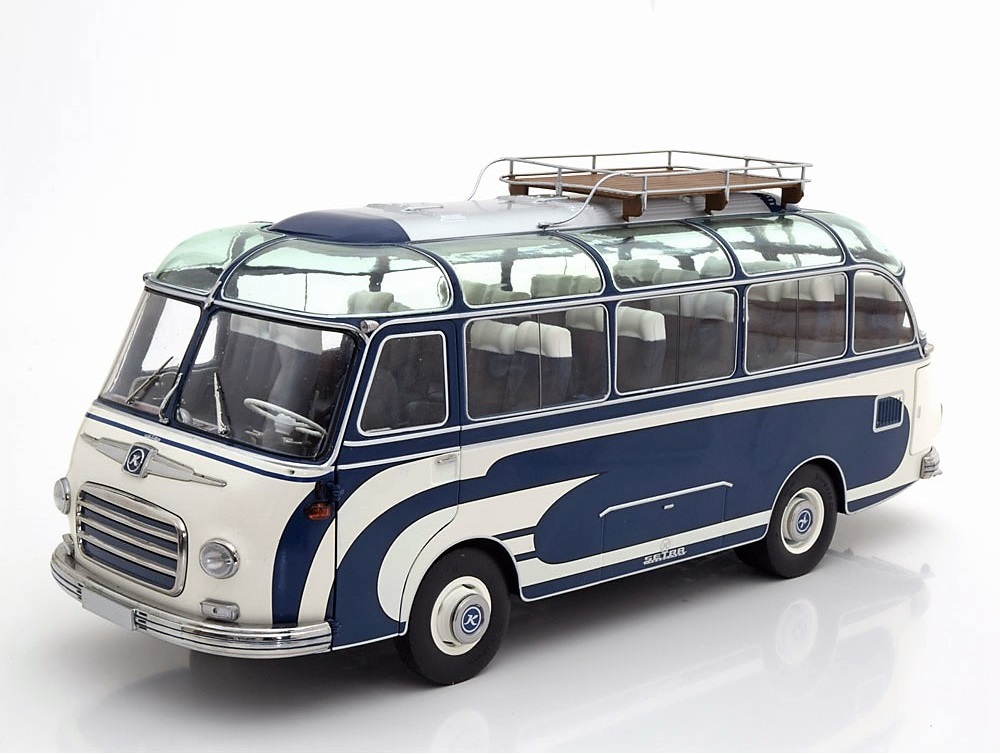 Setra is a brand owned by EvoBus and is a firm that is a subsidiary of Daimler-Benz.

The name Setra is derived from the German word ‘selbsttragend’ which means self-supporting. During the 1940s and the 50s, all the buses were basically a body that was mounted on top of the truck chassis.

The Setra 6 is the first bus with a unibody construction (also known as "unit body" it is short form for a unitized body and is very much different from monocoque bodies).  Also nicknamed as the ‘six-meter bus’ as it was just 6 metre in length, the it could seat 20 passengers with the last seats positioned above the rear-engine.

The rear engine not only helped in noise reduction inside the cabin but also made it posiible for easier repair and maintenance. This model of Setra laid the foundation of other buses to come from competitors.