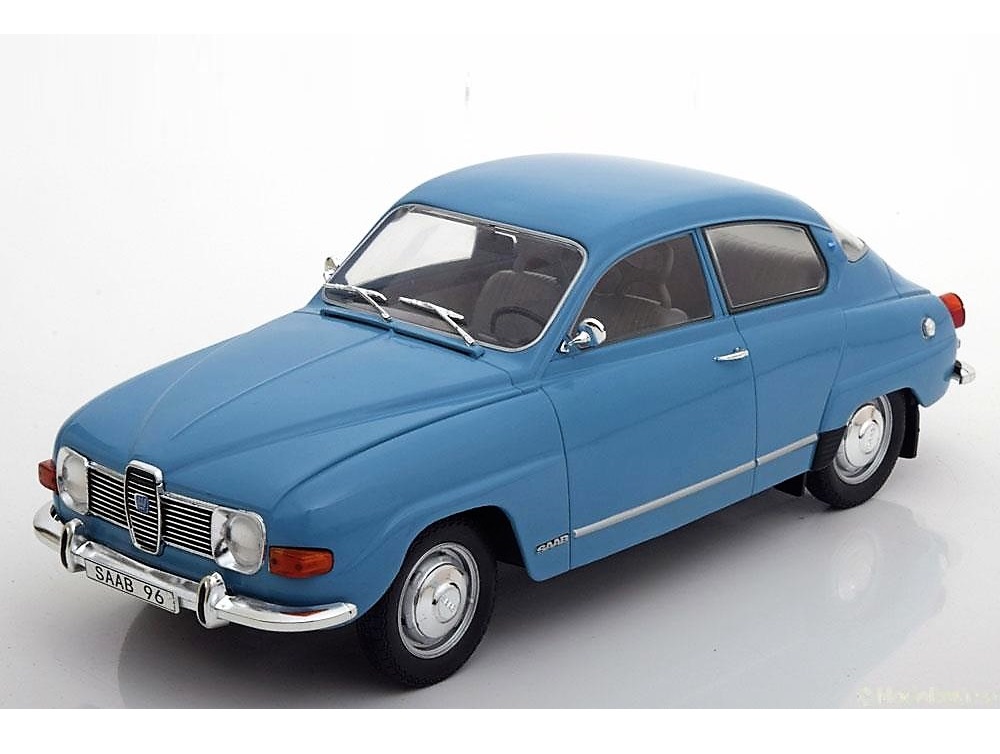 Produced for two decades, the Saab 96 was a development of the earlier Saab 92 and was larger than its predecessor. The Saab 96 had a more aerodynamic shape, more luggage space, and comfortable seating for 4 adults.

When it was first launched, it had a 3-cylinder, 2-stroke, 38-hp, 841 cc engine. After a few years and more development, the engine was modified to give 42 hp. Then, in 1967, a V4 engine was introduced with Ford's Taunus V4 1500 cc engine. Eventually, Saab started making their own V4 engines.

This model has the history of being the longest produced model of any Saab. Not just that, but the Saab 96 also helped the brand gain a lot of respect from other automobile makers after it started making headlines in the world of competitive rallying.

Finally, the last of the Saab 96 rolled out on January 8th, 1980 in Saab's Finland factory when legendary Swedish driver Erik Carlsson drove the car from there to the Trollhaettan Saab Museum, where it stands today.