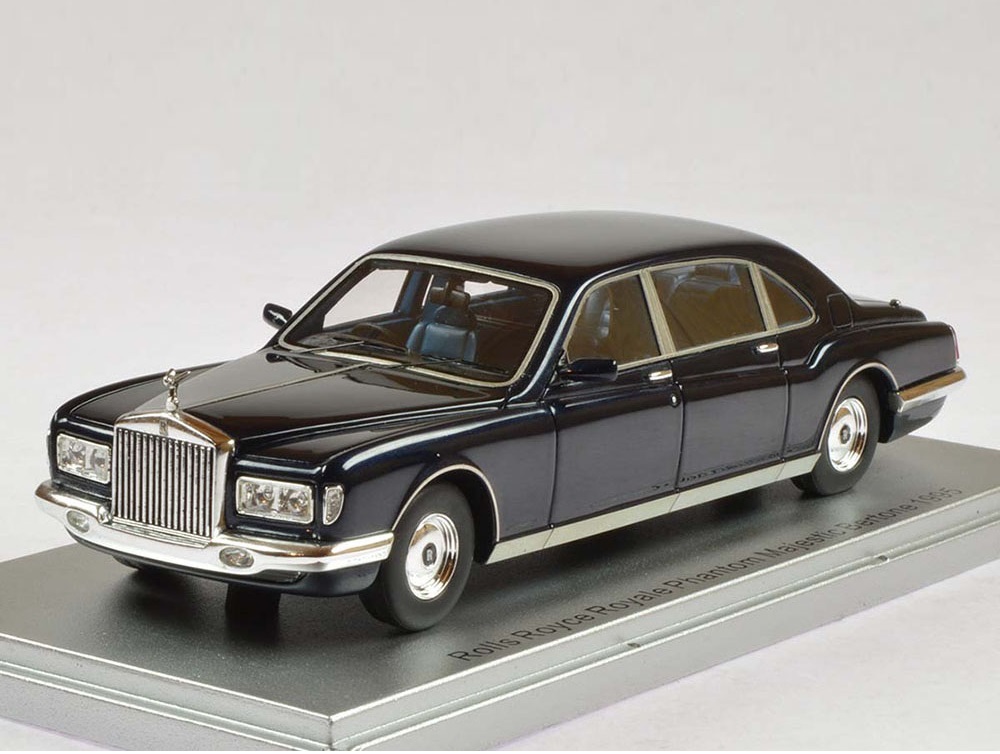 The Sultan of Brunei, Haji Hassanal Bolkiah is known to have a fleet of over 7000 of the world’s most famous luxury cars.

Included in his garage are also two identical cars of the Rolls-Royce Royale Phantom Majestic with custom-made conversion by Italian coachbuilder Bertone.

Made exclusively for him, one carries the registration number BQ 7032 and the other car is plain with no number plate. Both these cars (blue & maroon colours) were built on the special chassis and both had powerful 6.75 Litre V8 engine.

This resin model is an exact rendition of one of the above described cars (the other car in red colour is also available @ Scale Model Cart). Only 299 pieces have been created.