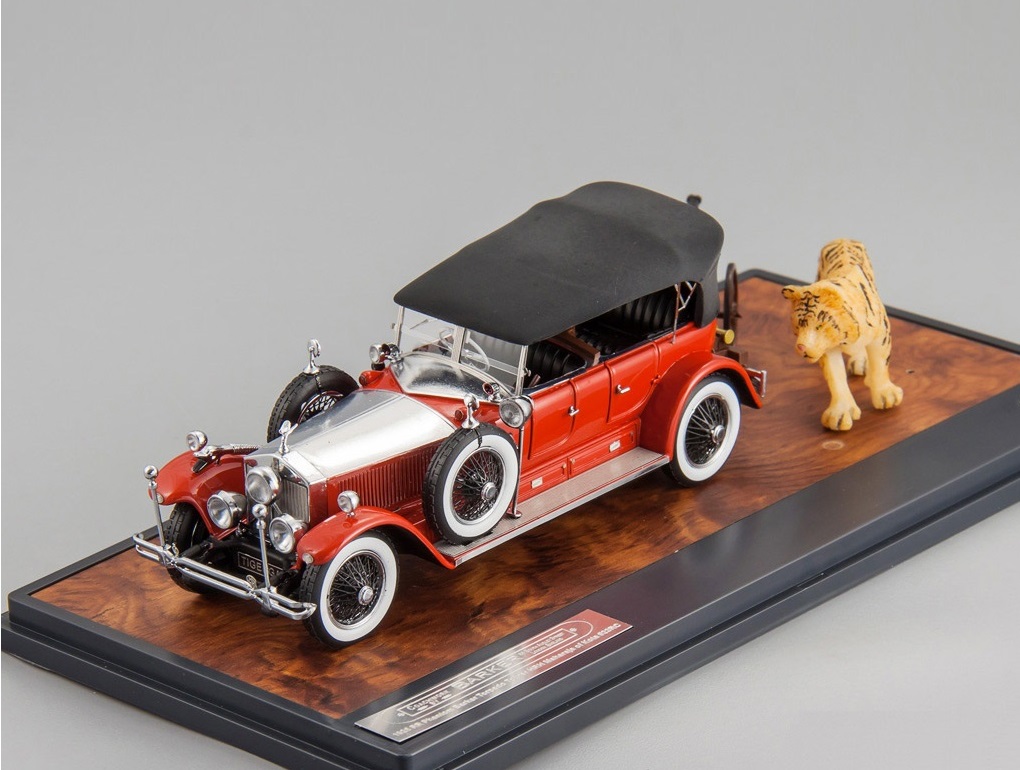 Sahib Bahadur Umed Singh II, Maharaja of Kota (now in the state of Rajasthan) was an avid game hunter who loved chasing and shooting down Royal Bengal tigers. He did that in his large private estate where he also invited foreign guests for game hunting.

To travel in comfort, he commissioned the well-known coach builder Barker & Co. in 1925 to specially outfit a Rolls Royce Phantom.

What Barker & Co. delivered to the Maharaja on 8th August 1925 was a car that was never built before. There were two large sized Stephen Grebel (Made in France) swivelling searchlights that were fitted to frighten tigers in the dead of the night, in case the convoy is suddenly attacked. The car was also fitted with wide diameter tyres to drive over rough terrain.

The Rolls-Royce push-rod, 6-cylinder 7.6 litre engine had a 4-speed manual gearbox with low gear ratio so that the massive car can move over slushy mud as well as loose gravel easily. It had a in-built Chubb made safety box that contained money to be given as a dole in case any of the attendants got killed during hunting. Inside the car there was provision to keep various types of bird guns, shotguns, game rifles, knives, etc.

But what's unique about this car was it's Bira .450 caliber hand-cranked gun (the Bira gun was developed by a Nepalese General called Gehendra Shamsher Jang Bahadur Rana from a blueprint he had of American made Gardner gun which he further modified). The gun was towed with the car as additional protection for keeping charging elephants at bay.

The original colour of the car was grey. The red colour was done by the current owner after restoration.