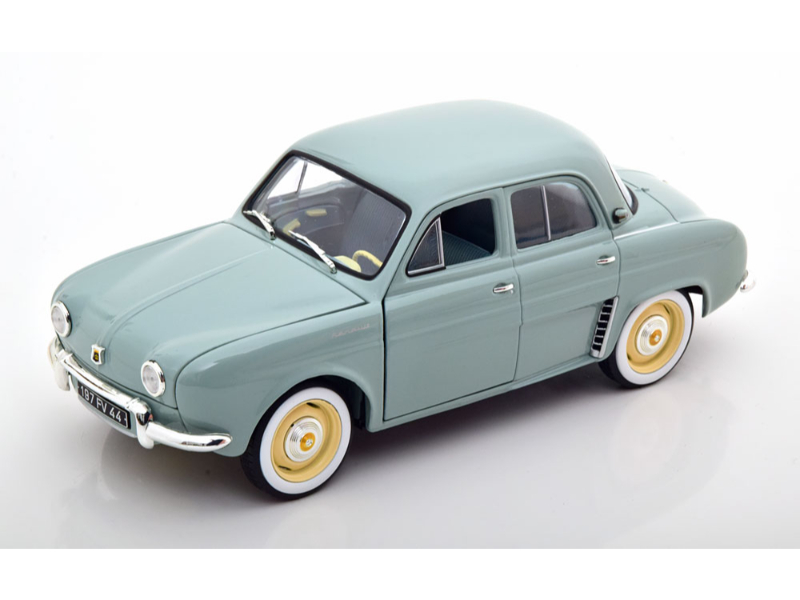 It was Renault’s design team under the supervision of Design Director Fernand Picard (with additional input from Italian coachbuilder Ghia), that the Dauphine emerged since Renault wanted to cease production of the earlier made 4CV.

Renault’s other plan was to offer customers an alternative to the Volkswagen Beetle. So the entire project was taken up in utmost secrecy.

The project began in 1952 in the darkness of the night by setting up new laboratories for technical testing, specially made road track, special instruments that could measure heat generated, noise levels, vibration monitoring, etc. A special emphasis was placed on the design engineers to come up with something radical that the world did not witness.

After the first prototype was made, the first of the dry-run (trial) was made with a trip to Madrid, a distance of over 2000 kms in 1953. This first run was a success with a small engine failure and 3-4 flat tyres. This test showed the inefficacy of the smaller 4CV 750 cc engine and so the engineers decided to increase the bore thereby making it an 845 cc engine. More testing followed for the next few years.

Finally, the Renault Dauphine was launched in 1956. The public saw a completely new car, with lots of space. The front trunk-lid that innovatively housed the headlamps, offered a full 200 litres of storage space. The most important innovation was the placement of it’s spare tyre. The tyre was stored behind the number plate with a removable panel.

The popularity of this car soared so much, that this car was produced for the next one decade across several continents, from France to Australia, New Zealand to Algeria, Argentina to Mexico and even Israel.