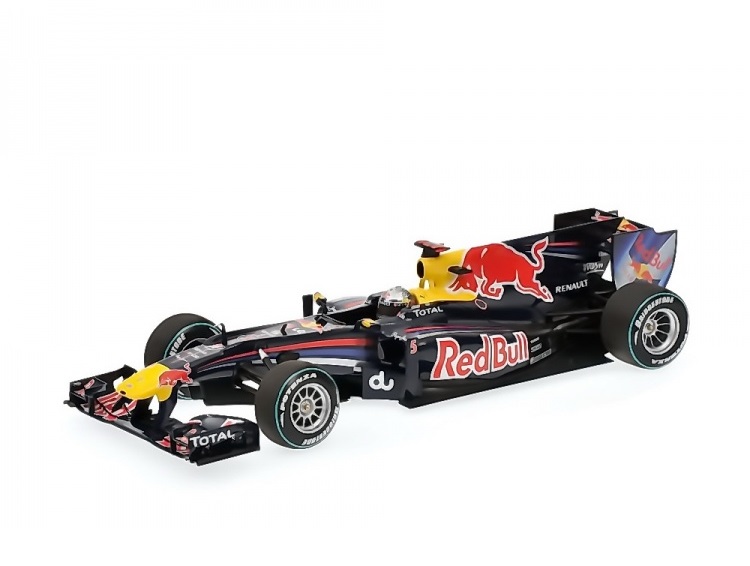 This car is probably Sebestian Vettel's most symbolic car as it was in 2010 that he won the World Championship with 256 points at Yas Marina circuit in Abu Dhabi. He was ahead of the Mercedes-Benz team that was being driven by Lewis Hamilton.
Sebastian Vettel couldn't believe that at 23 years and 135 days, Vettel had just taken over Hamilton as F1's youngest ever world champion by 166 days. It was so much of a disbelief that Red Bull's team principal Christian Horner had to scream "You're the world champion, You are the man of the moment".

This scale model in 1:18 is highly detailed and consists of the following,
- 64 different parts
- 128 pieces of decoration
- 28 masking spray process
- 33 Tampon prints
- 45 Decals
High detailed metal collectible in 1:18 with driver.
Out Of Stock Free Shipping