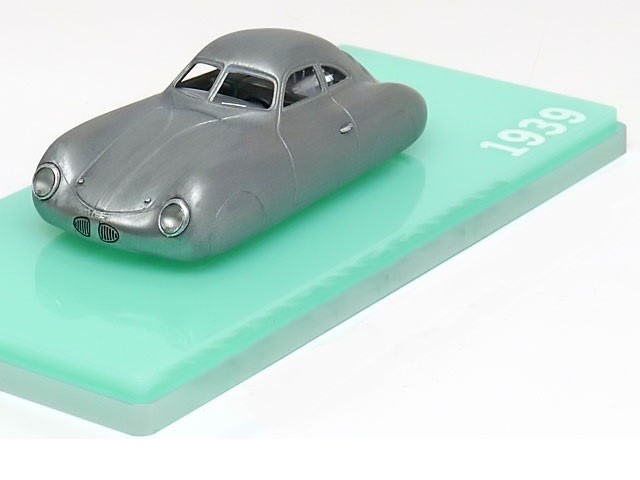 The German government wanted to present to the world that that German’s could make more faster cars than anybody and be driven on big roads (autobahn) at faster speeds.

The Typ 64 (Type 64) project was undertaken by Dr. Ferdinand Porsche on the instruction of the Fuehrer’s (Hitler) office. It was around this time that another Nazi officer, Major Adolf Huehnlein wanted this new-to-be-developed model to be used for a rally he planned between Berlin - Rome, a distance of 1500 kms. So on his advice Dr. Porsche built three cars, instead of one.

Porsche designed the chassis and worked on the engine, a flat-4, air-cooled engine that gave an output of 32 hp. Using the same drive train and suspension of a Volkwagen (Type 1), the first model was constructed. The body used was the same as the alloy bodies made for aircraft which allowed this car to move in speeds up to 170 km/hr.

Only three Porsche Typ 64 were produced.

But soon, World War II broke out. The race didn't take place and many factories were destroyed during the bombings. The Allied forces had entered Germany. One of the cars was completely destroyed by American soldiers who chopped up the roof and used it for joyrides inside the city of Berlin.

The other two cars remained undamaged. One was owned and driven by the Porsche family in Austria. The last was sold off to a private buyer.

This resin model is an exact replica of the model recreated at the Porsche Museum, Stuttgart without its wheels.