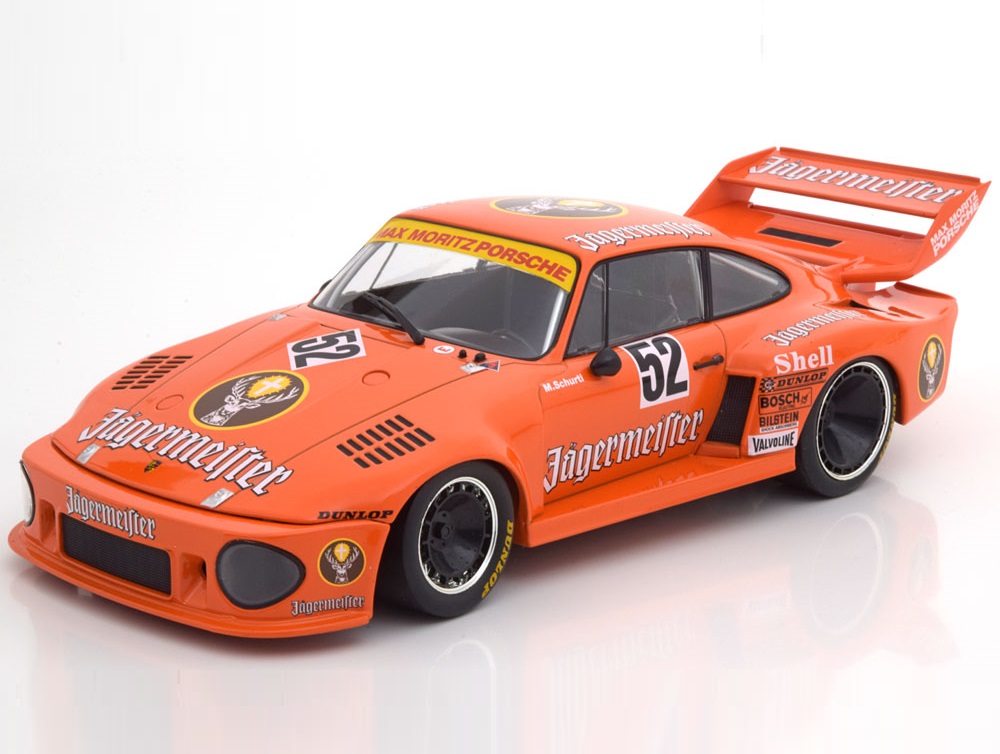 On 13 March, 1977 at the DRM Zolder Bergischer Loewe race in front of a crowd of 22,000 people, this Porsche 935 car # 52 driven by Liechtensteiner Manfred Schurti from the Jägermeister Max Moritz Team, finished 24 laps in record time and standing first.

Jägermeister (or Jaegermeister, in English) is a German liqueur maker who makes this brand that contain extracts of 56 different pieces of herbs. An alcoholic drink with 35% alcohol content, (known as digestif), this one is taken for digestion, after food. The bottle is green in colour.

After Jägermeister decided to create a racing team, the first few cars were painted in their bottle green colours. But Günter Mast who was then heading the firm, found the green colour not so appealing & attractive and so decided to use the orange colour after completion of 3 races.  Since then, this colour is also known as Jaegermeister orange.

This scale model is an exact replica of the winning car.