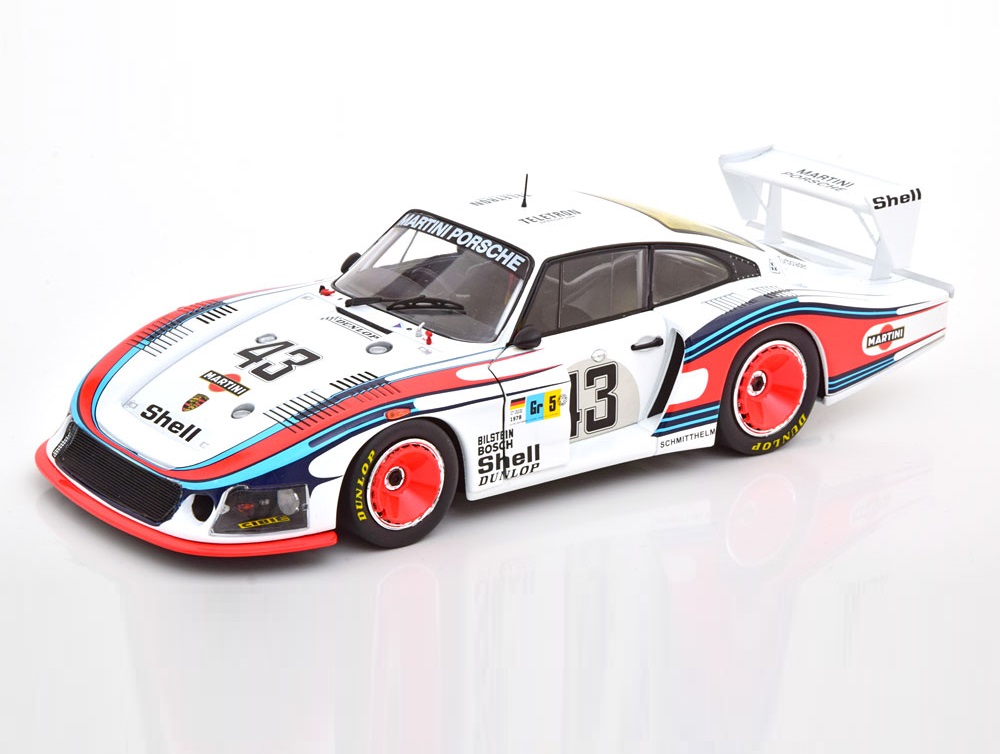 Designed by Norbert Singer, this newly developed model was supplied to all the racing teams in large numbers. Out of the 350 plus races that this model participated in, this model won nearly 125 of them.

As Gr. 5 rules offered a greater flexibility for ‘silhouette class’, Norbert Singer worked on it and produced the Porsche 935/78 Moby Dick^, a name he kept for the long tail at the back. This car had it’s engine modified from 3.0 litre to 3.2 litre twin turbo engine. At the rear, radiators were mounted ahead of the rear wheels with a large sized rear wing fixed above the engine. On top of the fender were slitted vents for hot air to escape therefore avoiding pressure build-up under the wheel arches.

* A silhouette racing car is a race car which, although bearing a superficial resemblance to a production model, differs mechanically in fundamental ways (Source: Wikipedia)
^ the giant sperm whale having a long tail, based on Herman Melville's 1851 novel with the same name