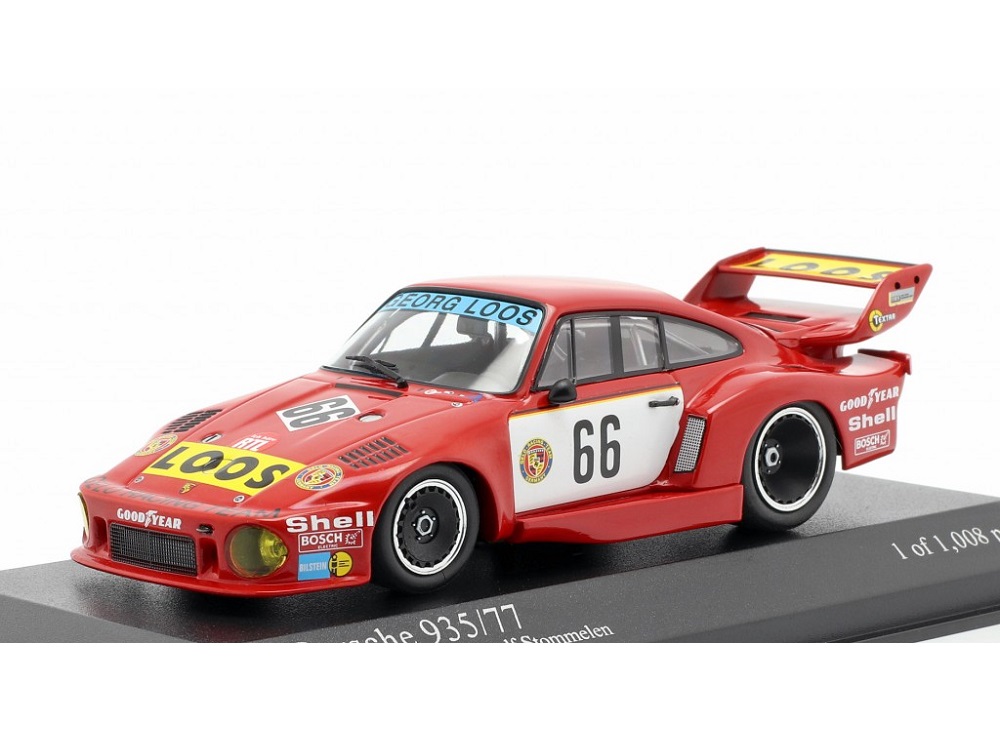 At the 23rd edition of the Nuerburgring (Nürburgring) 1000 km race held on 29th May, 1977 a total of 57 cars participated in the race. A Porsche 935/77 sponsored by the Gelo racing Team & George Loos KG and driven by Germans Rolf Stommelen, Tim Schenken and Toine Hezemans, came first.

This metal model ^ in 1:43 scale is an exact replica of the winning car.

^ also available in the FLEA MARKET at a reduced price. Go to category Et cetera.