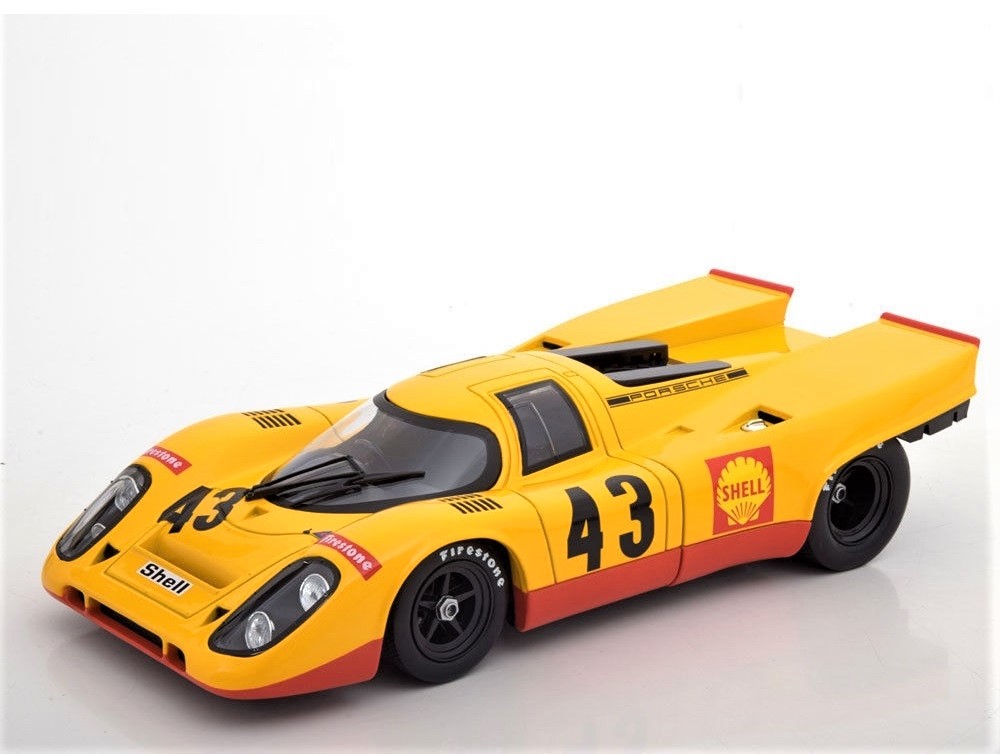 In the summer of 1968, the management of Porsche decided to build 25 sets of newly developed cars based on the Porsche 908. With a 4.5 litre engine this new car that was developed in less than a year’s time was labelled the 917. The principle objective of this new car and her 11 different variants was solely to win as many races as it could. The raced cars were then sold to the general public.

The original design of the 917 consisted of a detachable long/medium tail with rear wing flaps but this design gave the car a few stability problems because of rear lift at high speeds. On further study that involved a British firm called J. W Automotive Engineering Ltd. it was decided to do away the long tail for a short tail one and this variant was labelled Porsche 917K (Kurzheck in German means short-tailed).

The 1970 1000km of Spa-Francorchamps was an endurance race held in Belgium at the Circuit de Spa Francorchamps on 17th May, 1970. A Finnish racing team called AAW with team members that included Finnish Hans Laine and Dutch Gijs Van Lennep driving a Porche 917K with a Flat -12 4.5 litre engine after 68 laps came in the fifth position winning 2 points.

The same Finnish Team AAW entered two cars for the next race to be conducted after a fortnight at the ADAC 1000 km race at Nürburgring. Hans Laine was participating in the same on a Porsche 908/2. Unfortunately, this did not happen to be. A day earlier (on Saturday) during a practice run, Hans Laine crashed after hitting a bump at an accident-prone spot when his car somersaulted several times before rolling down entrapping him.

Field Marshalls reached him soon and tried to extricate him out of the car but because of a leaking fuel pipe that burst, all was over in the next 10 minutes. Hans Laine tragically died that day.