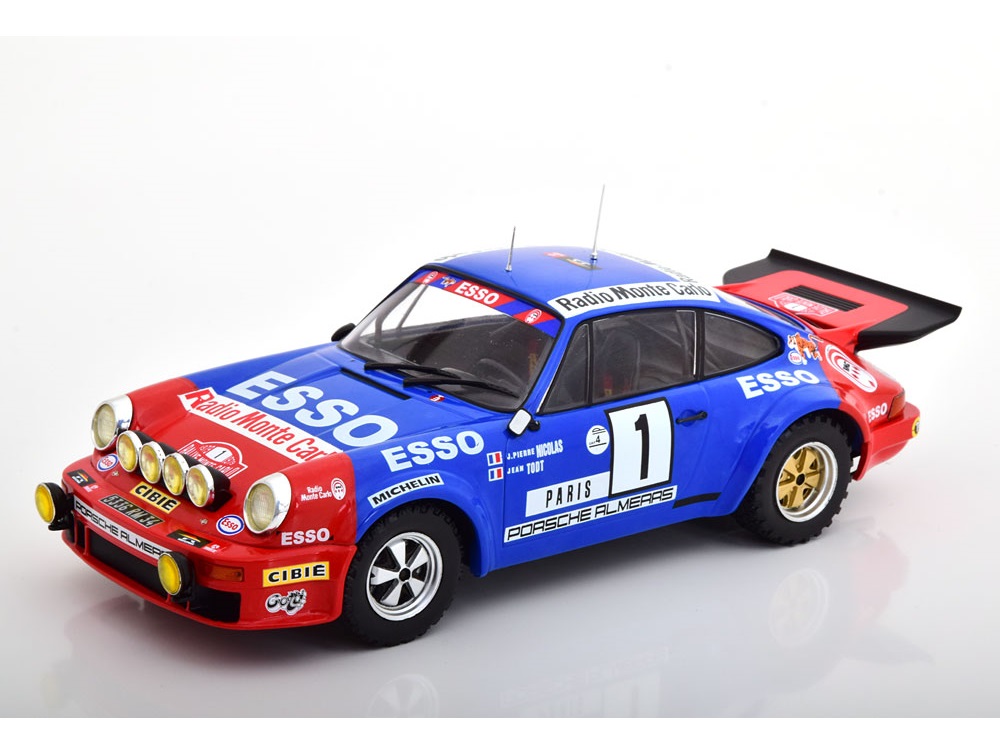 Pronounced as Nine-Eleven, the Porsche 911 (also called a Carrera) was continuously produced for a period of 25 years since 1963.

The RS or Rennsport, in German (race sport) version was developed to meet the racing federations homologation^ standards in 1973. This new car with a more powerful 2.7 litre engine had Bosch mechanical fuel injection, improved suspension, large brakes, wider wheels and a ‘ducktail’ rear-spoiler.

At the 47th edition of Rally Monte Carlo conducted in the year 1979, this Porsche 911 Carrera RS was driven by Frenchmen Nicolas Jean-Pierre and Todt Jeanicon to cover the distance of 610 km in normal and snow filled roads.

^ a type of approval process for a vehicle or a race track or even any standardised part that has to go through certain certification process to be used for a race in any given league or series.