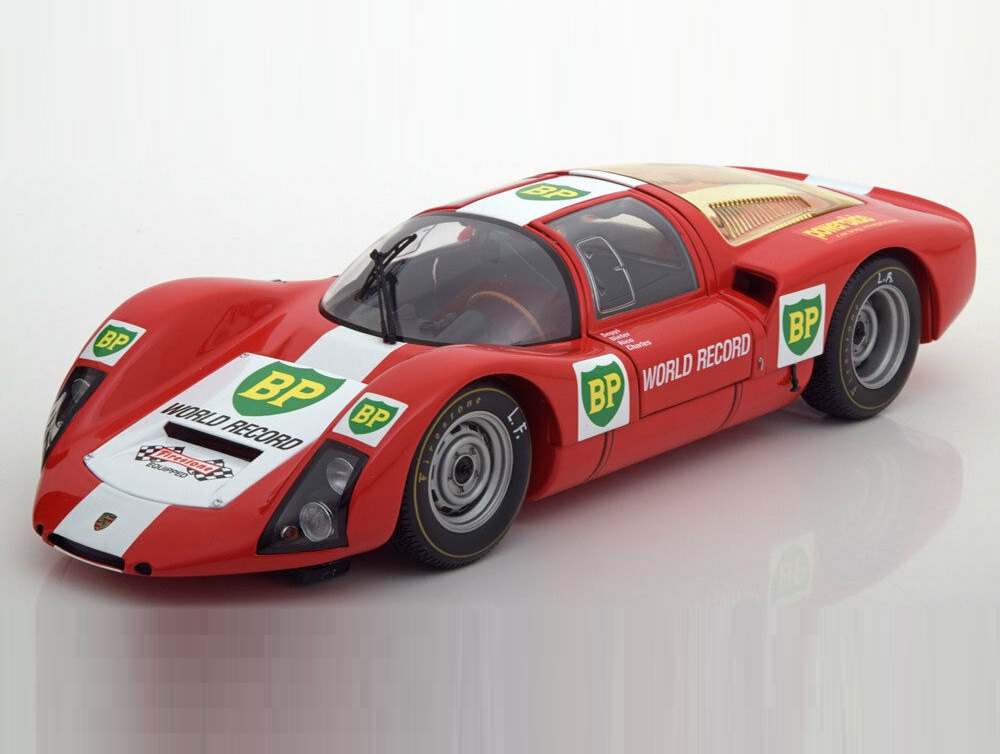 The Porsche 906 (also known as Carrera 6) was a development over the Porsche 904 and was done under the supervision of Ferdinand Porsche’s grandson, Ferdinand Piëch. By taking out as much metal as possible from the original 904 and replacing it with maximum fibreglass, there was a reduction in weight by over half a ton. Nearly 50 were produced as street legal racing car.

It was 1967 and after the racing season was over, a young Swiss, Hans Heinrich SteinemannIn (who was working for Porsche Switzerland) was sitting with his friend Charles Voegele sipping beer and felt that they should do something unique i.e. create few World Records. So after working on various possibilities including the right track, it was decided that Autodromo Nazionale di Monza, Italy would be ideal track for such a record attempt. After discussing further with BP (British Petroleum) who agreed to sponsor the race, all was set.