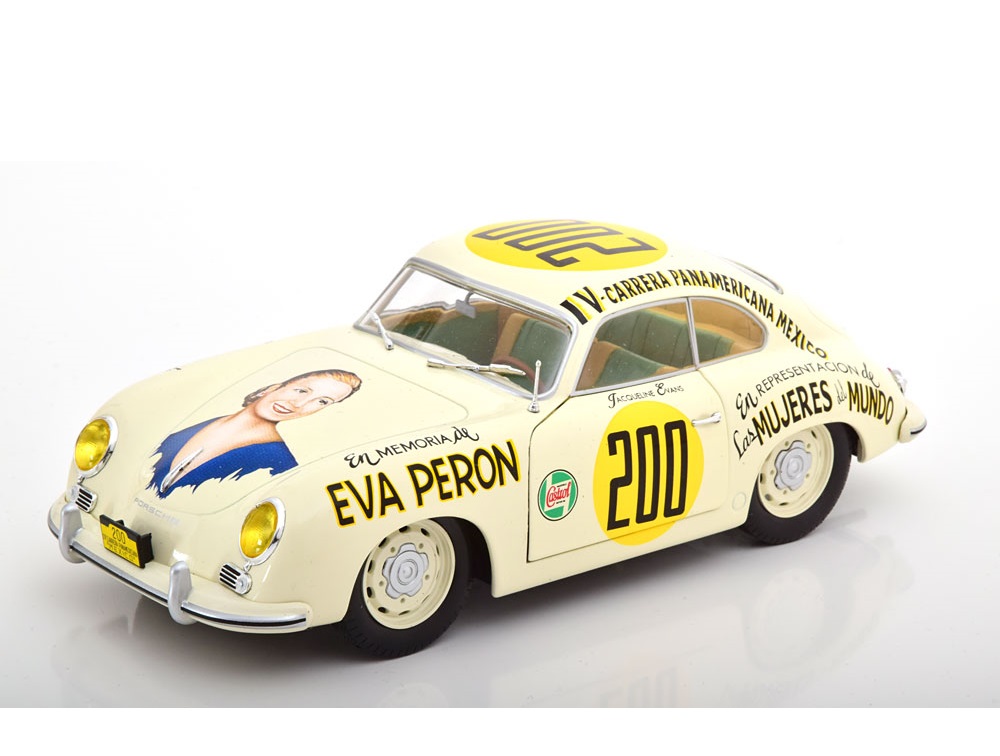 Ferdinand Porsche’s creation of the 356 in 1948 was a development to the Porsche Typ 64 that he had created earlier to race, but couldn’t.

It was one of the Porsche 356 pre-A, that was driven by British-born Mexican actress Jacqueline Evans de Lopez at the 4th edition of the La Carrera Panamericana, considered to be one of the most dangerous races. On her own i.e. without being sponsored by Porsche, she participated in the race and came out as a heroine to compete against other men in this gruelling race.

The race began on 19th November, 1953 at Tuxtla Gutiérrez (in southern Mexico) and ended after 4 days at Ciudad Juárez (a city bordering El Paso, in Texas), a distance of nearly 3100 kilometres. Though several powerful cars participated in this race, what got the most attention was this crème coloured car that had the portrait of the first lady of Argentina, Eva Peron who died the year before (Eva Peron or Evita whose husband was the President of Argentina, was a strong champion of women’s rights who also made it possible for Argentine women to vote).

Though she completed the race in the 124th position (Class S1.6 category), technically she did not finish the race (she grossly went over the time limit), Jacqueline Evans de Lopez and her Porsche car went on to symbolise woman power and also create space in Argentine history.