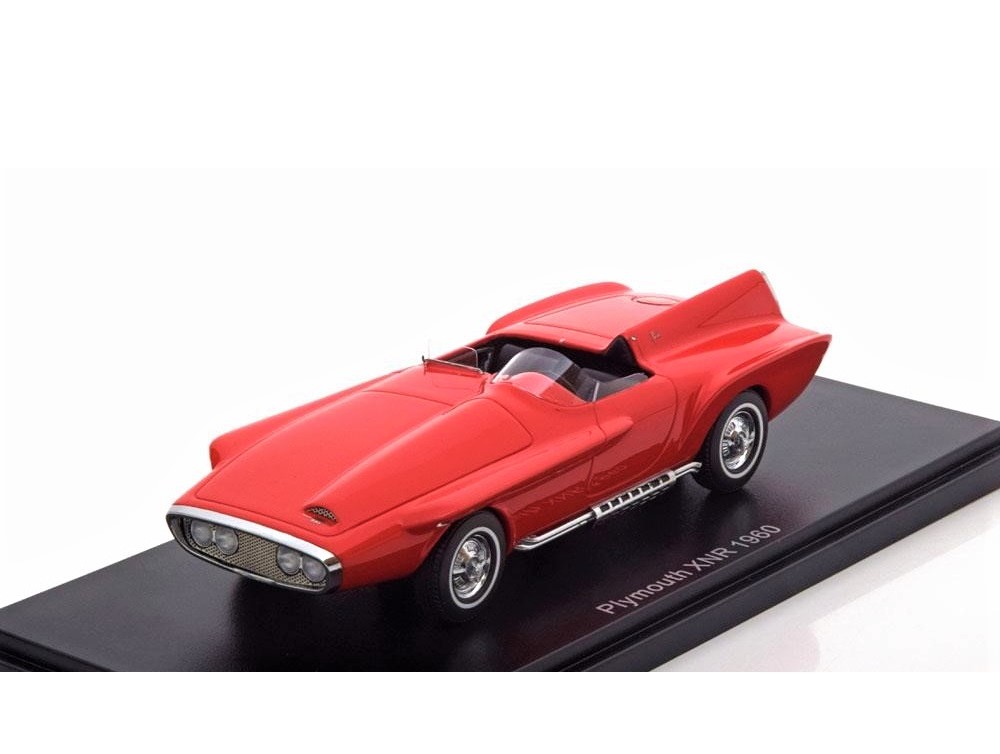 Plymouth had always been competing against major brands with their no-frill cars, that were practical and durable. But for a long time it wanted to take on the market created by the commercially successful Corvette.

For world-famous Chrysler designer Virgil Exner (Plymouth was an extended brand of Chrysler) this was a challenge that he wanted to take up i.e. to design a 2-seater car that will take on the might of the Corvette. Exner was given the free hand to do anything with his intended creation.

Exner started by modifying the chassis of a Dodge Lancer and the Plymouth Valiant. In his drawing, he provided an asymmetrical design that had an extended nose with aluminium grille having holes (for cooling) and 4 headlights fitted. Its rear was fitted with a vertical fin that ran from the hood to the tail. To bring this stunning drawing from paper in to reality, was Italian coachbuilder Ghia’s job. Inside the car were all the luxuries that Corvette offered plus little more.

Inside the hood, Exner provided a powerful engine that had earlier been modified for NASCAR races. The car during trials did about 230 km/hr, though the target set was for 250 km/hr. Virgil named the car after himself – Plymouth XNR (Exner). Only one unit was made.

The XNR was then shipped to Italy where it found a Swiss buyer who bought this car at a huge price tag. He then sold it to the Shah of Iran - Mohammad Reza Pahlavi who was known for his taste of exotic cars. Finally, he sold this to another collector from Kuwait who in turn sold this to a Lebanese collector called Karim Edde. The civil war was going on inside Lebanon and so Edde had to hide the car under a basement for all the 16 years (1975-1991).

In 2009 the car was shipped to Canada for restoration and final sale to another Collector.