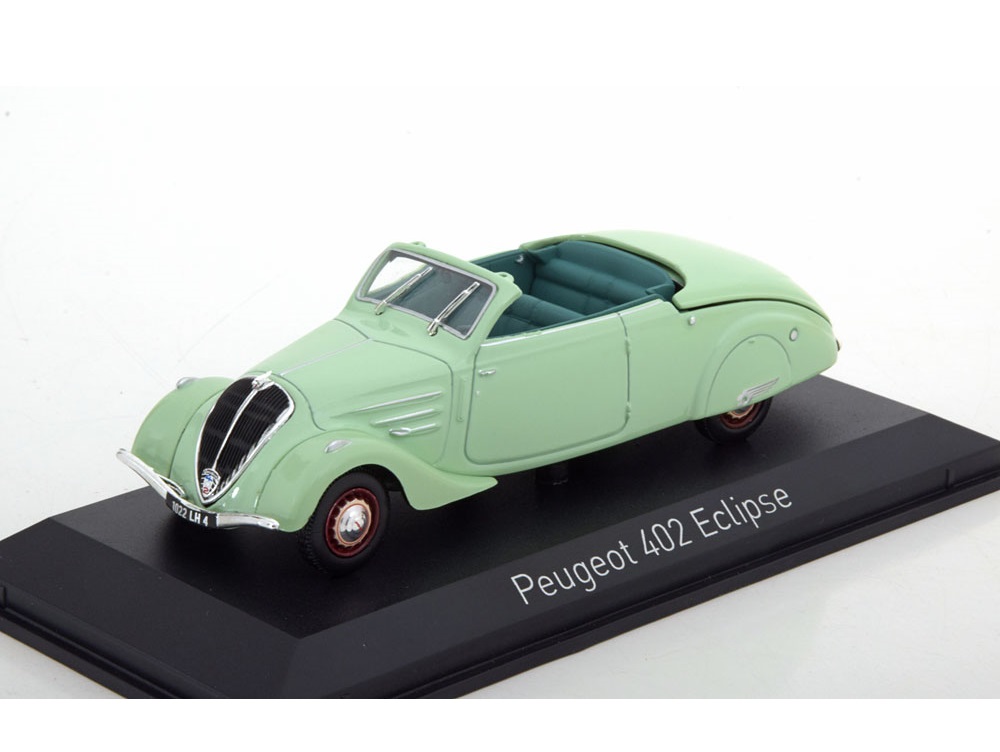 Introduced in 1935 at the Paris Motor Show, the Peugeot 402 went into production from 1937. It came in few different styles, but what stole everyone's heart was the convertible roof feature.

Designed by a dentist, Georges Paulin and built by a firm called Carrosserie Pourtout (who also built bodies for Hotchkiss, Hispano-Suiza, Bugatti, Lancia, FIAT, etc.), this car had a patented mechanism whose rigid steel roof was retractable and could be stored in the boot concealing the entire roof. Known as Eclipse, this car with a 2.0 litre engine, dual Zenith made carburettors gave a power output of 71 hp.

Besides the unique roof that could turn a hard-top roof into a convertible at the flick of a button, there was this unique design aspect – a fluid design that was so smooth in lines that it did not want headlamps to be stuck out, so the round headlamps were built inside the front grille with emblem. This design earned the sobriquet - Fuseau Sochaux (loosely translated in English as Spindle of Sochaux*).

* a district where the Peugeot factory is located