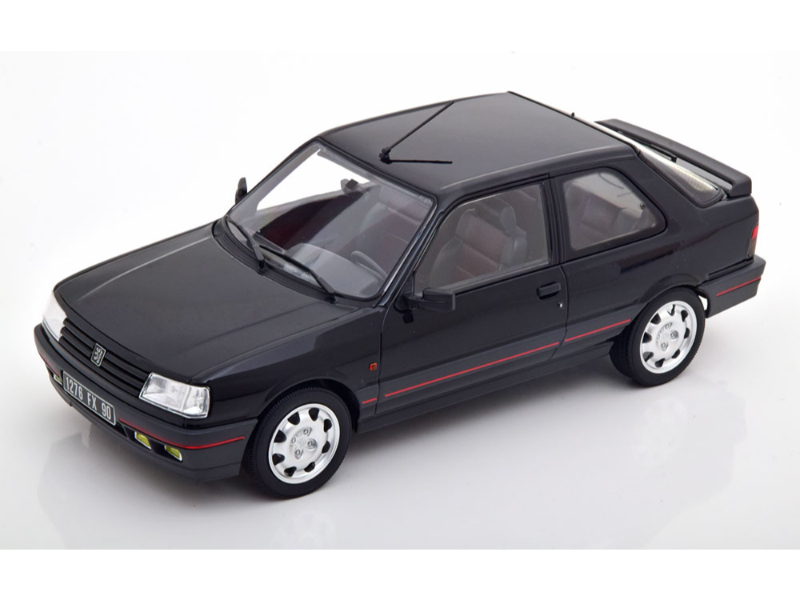 Designed in the UK by Chrysler-Rootes, the Peugeot 309 was made with  lots of guidelines: it had to use the floorpan and the door shells of a modified Peugeot 205, the body would be fitted with a Simca-made engine, etc.

When the first car rolled-out in 1985, the Peugeot 309 was made to complement Peugeot's other model, the 305. By the time production of this model ended in 1994, it was being manufactured in the United Kingdom, France, Spain, India, and distant Chile.

A variant called the GTi appeared in 1988 with a powerful 1.9-litre engine. This scale model is a rendition of the same.

* in India, the Peugeot 309 was produced by Premier Automobiles Limited (PAL) and given a small 4-cylinder engine. However, due to the high cost of petrol, sales volumes were low until PAL introduced a 1.5-liter diesel engine (TUD5).

However, this product also failed miserably as PAL established a second front by collaborating with Italy's FIAT to produce their range (118 NE) and Peugeot withdrawing from supplying any parts or technology. Just over a thousand cars were built.