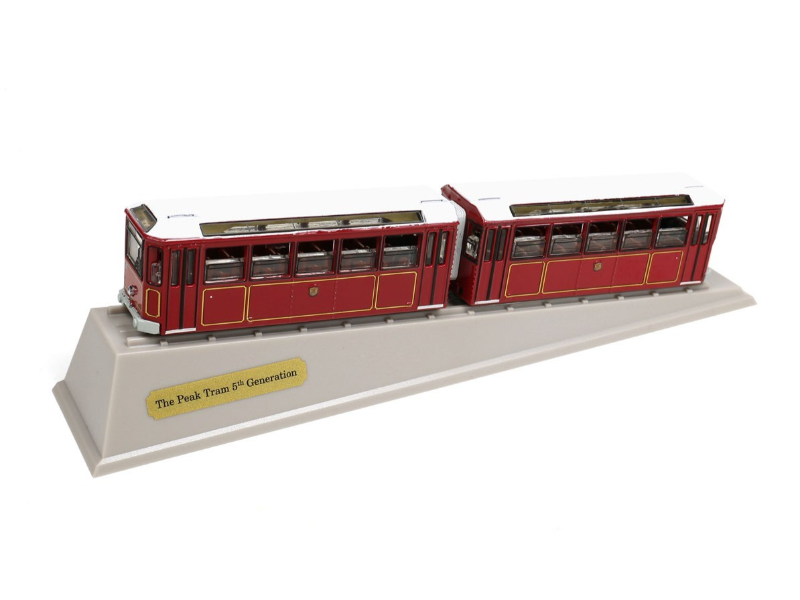 The Peak Tram is arguably the most enduring emblem of Hong Kong's unique past. It has seen war, been featured on films and television, and played host to numerous dignitaries.

In May of 1881, the enterprising Scotsman Alexander Findlay Smith devised a plan to speed the development of new residences in the hill districts with the introduction of a new tram system that would connect Murray Barracks to Victoria Gap. In 1882, approval was granted, and the Hong Kong High Level Tramways Company was born. With the commencement of service on May 30, 1888, the Peak Tram became the first cable funicular in Asia, extending 1,350 metres and connecting five intermediate stations.

The original carriages were made of varnished timber and consisted of open rows of slatted seats at the front and rear, with an enclosed compartment in the centre.

This scale model is a rendition of the 5th generation Peak Tram, which was introduced in 1989. A significant modernization of the system was undertaken, introducing microprocessor-control technology with tramcars carrying up to 120 passengers.