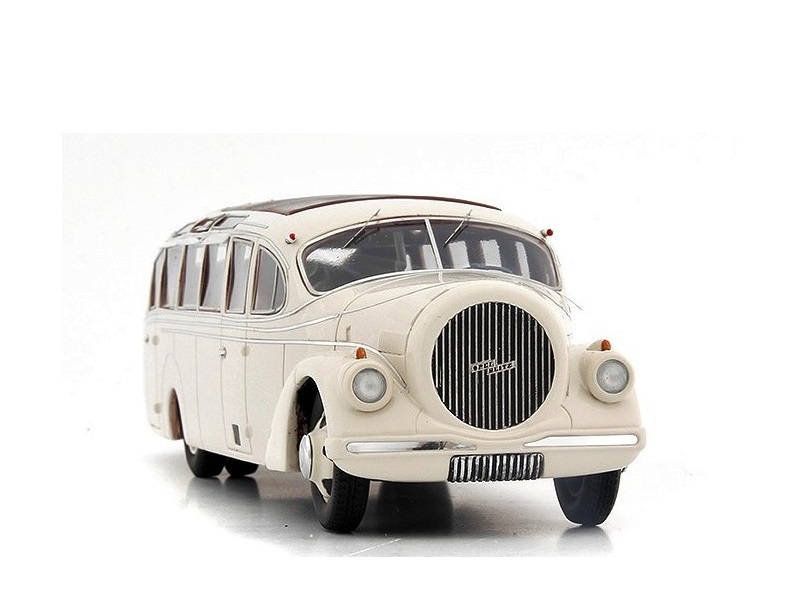 As the automobile industry in the 1930s progressed, the subject of aerodynamics and streamline among German manufacturers was more and more felt. The government also wanted people to spend lesser time on the roads so that they can reach their destinations quicker. And therefore they set huge budgets to construct autobahn's (highways) between large cities. Manufacturers started not only applying the principals of aerodynamics on cars but also on buses and other heavier vehicles. The basic idea was to reduce the wind drag by offering lesser surface area.

Gebr. Ludewig (later known as Kopp & Ludewig) were based in Essen and used to work very closely with Opel. So after Opel launched their 2.5 ton model called the Blitz, the firm decided to make a streamline coach using this model. The idea of the company was to provide ultimate luxury in long distance travel.

In 1934 the first coach rolled out. What the firm gave was something that was absolutely radical.

The front grille was given a round shape (far different from the company made Blitz) and the engine cowling was incorporated within the wings over the front wheels. At the rear, there was a fin like shape given from top to bottom to reduce air drag.

The interior was what the automobile industry witnessed for the very first time. Twelve seats in the front were placed at a 45 degree position so that a passenger could get a full view of the outside. There was a separate cabin-like area at the rear where passengers could sit face-to-face. The bus was called Ludewig Aero.

Though not much is not known about the number of coaches, rumour has it that around eight of them were completed. All this when Hitler was the Führer.

During the 1936 Berlin Olympics (American black Jesse Owens won four gold medals in the same games) these buses were pressed into service for moving VIP guests from hotels to the venues. After the Olympics, these buses were taken up by an Essen based tourist firm to shuttle passengers from airport to hotels.