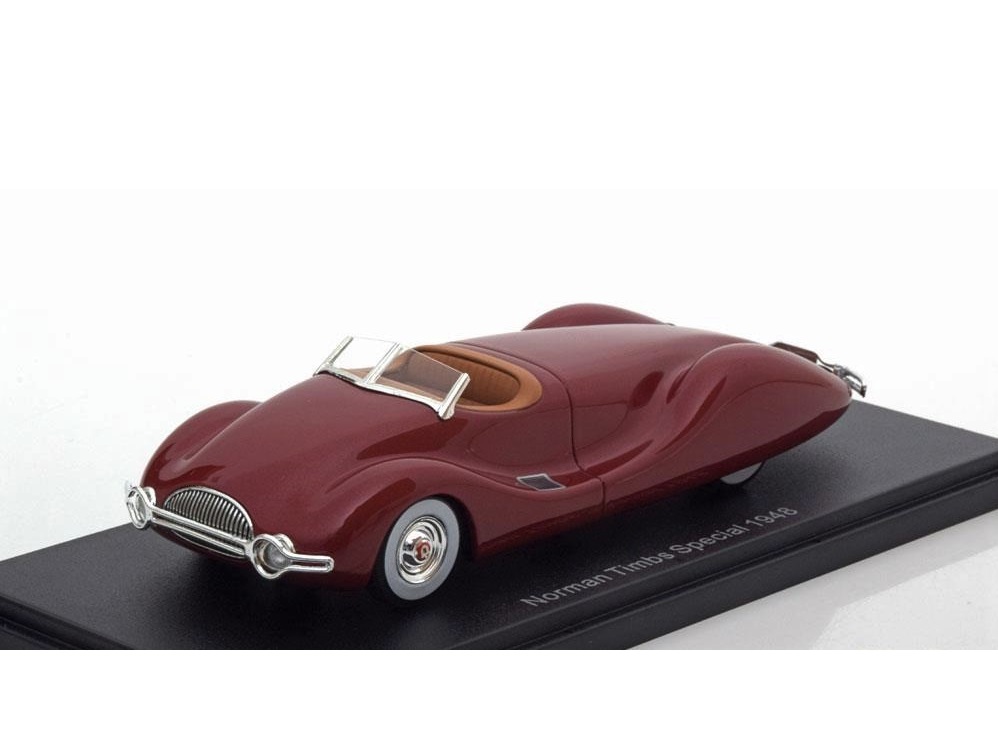 Norman Timbs was an engineer with a dream. With experience working on various race cars that participated in Indianapolis 500 in the thirties and forties, Timbs always wanted to build a streamline car that would beat the likes of the Mercedes W25 and Auto Union Type C.

So soon after World War II ended, he started sketching his plans on a book. His idea was to build a street-legal car that could be driven on normal roads and yet be very fast.

For the next two years he toiled hard and built one. His car stood almost 18 feet long and was very curvaceous with seating for 2 passengers. Having no roof and door, this car had a chopped windshield with the round nose ending up smoothly. With a powerful Buick made Super 8 engine under the bonnet, the body that was entirely constructed out of aluminium by one Emil Diedt (who did several cars participating in the Indianapolis races) cost Timbs a substantial sum of US$10,000, then (or Rs. 82 lakh, in today’s value).

However what was the most unique aspect about this car was where it's engine was placed. The engine was located just ahead of the rear wheels and to access the same, the entire rear frame i.e. engine cover had to be lifted giving full access to the engine as well as both the rear tyres. With weight kept under 1000 kg, this car could travel at 200 km/hr.

This car was somehow lost in the history and when it was discovered, the same was lying outside a restaurant half buried in the ground and on which small kids would play. It was restored painstakingly by Californian Gary Cerveny who has a fascination for collecting exotic cars.

Unfortunately this car was completely gutted down in the 2019 Malibu, California forest fire.