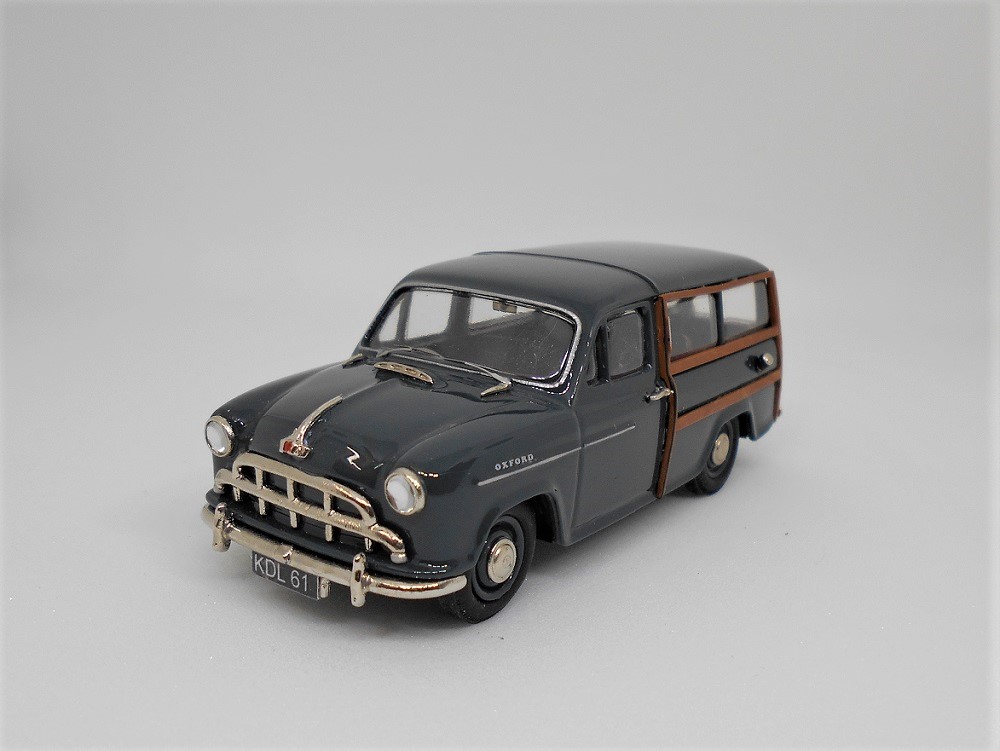 The Oxford Series II was launched in 1954 by Morris soon after its management control was taken over by the British Motors Corporation (BMC), brand owners of Austin. So inside this new Oxford car came an Austin designed B-series OHV straight-four 1.5 litre engine (its 6-cylinder version was called Morris Isis).

The stationwagon version called the Traveller could seat up to 6-passengers comfortably. Because it had wooden trim, the car was nicknamed ‘Woody’.

Hindustan Motors (HM), Calcutta who were already producing the Series II under the name Hindustan Landmaster also made over 200 cars in estate version and called it the Hindustan Traveller. But in the promotional material it was written as Hindusthan Traveller (why that extra ‘h’ in the Hindusthan appeared will remain a mystery!). Today only a handful of these Traveller’s survive in India and can be seen sometimes during vintage auto shows.

This scale model is an exact rendition of the original version.

Fully hand-built^, hand-wrapped and hand-packed by a well-known master model maker from the UK, this white metal model^^ (not ZAMAC) with limited number of pieces was produced several years back. A rare^^^ find, this is being made available in India for the first time.