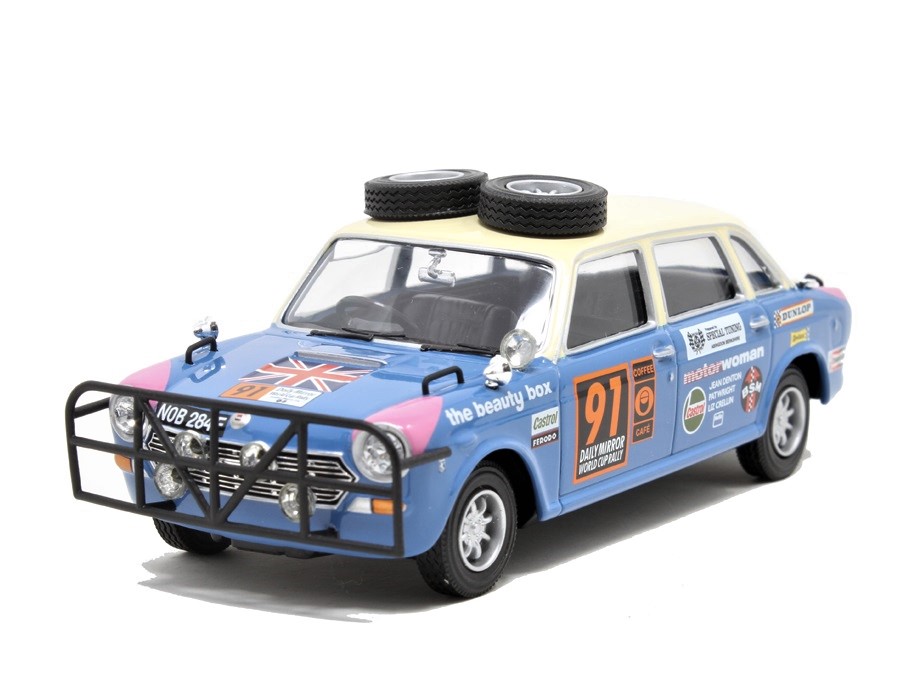 The Morris 1800 or "Landcrab" (nickname) from BMC (British Motors Corporation) is a model that was released after the huge success of the Mini and the Austin 1100. The body styling for this model was done by Italian designer Pininfarina. This edition, the Mark II was released in 1968.

One of the cars that took part was this one that belonged to a British lady driver, Jean Denton. She decided to team-up with Liz Crellin and Pat Wright for the gruelling race. Her car was prepared for the race by a specialist tuning firm called Basil Wales Special Tuning Division. Sponsored by a magazine called Motorwoman, this car was nicknamed ‘The Beauty Box’ by the magazine’s editor as it was an all-woman crew.

After 39 days of driving, this all-woman team completed the race and stood 18th in the overall position beating many male teams.

A historic car, this scale model is an exact rendition of the same.