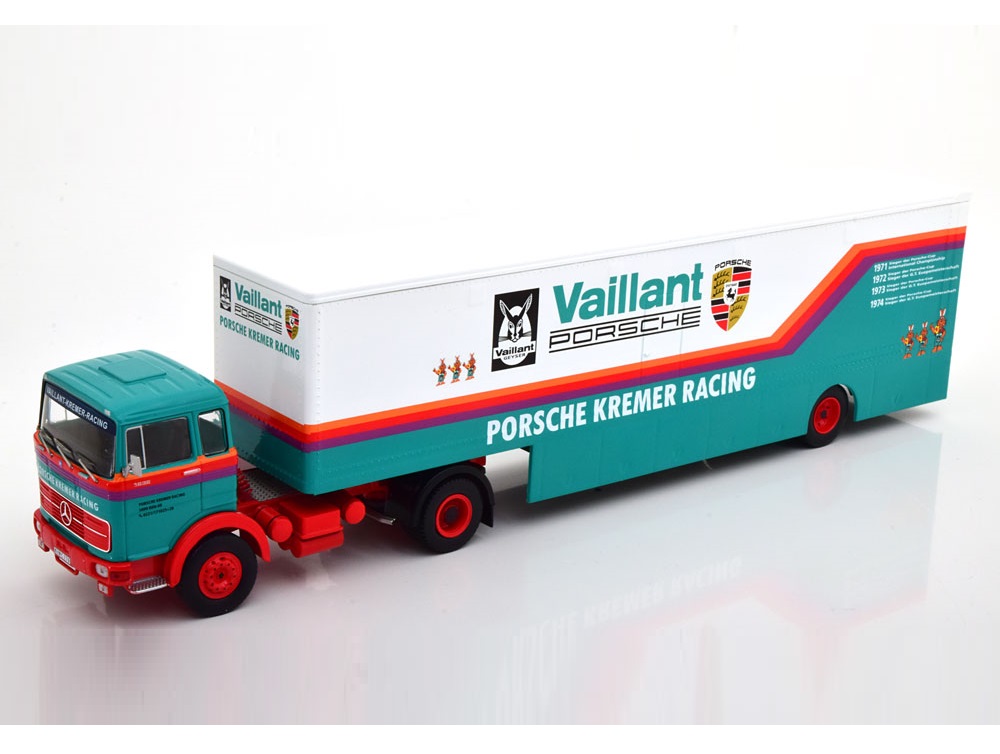 First introduced in 1963 the LP range of trucks from Mercedes-Benz soon became a hit in the commercial segment.

Known popularly as Kubische Kabine (Cubic Cabin in German because of her cube-like structure) this cab-forward truck set new standards in truck design. The entire driver’s cabin could tilt forward to reveal the engine that would make an engine mechanic’s work easier and accessible.

Mercedes Benz also used a new strategy to number their various models. For example, this truck model was labelled LPS 1632 because it meant that this model had a payload capacity of 16 ton with an engine having 320PS.

Kremer Racing was founded by two brothers Erwin and Manfred in 1962 at Cologne, Germany. The brothers were specialists in tuning Porsche's and only fielded Porsche's with drivers such as Klaus Ludwig, Don Whittington, Bill Whittington, etc.

This Vaillant Group * sponsored truck was used by the Kremer racing Team, during the years 1976-1979.

* Vaillant is a German company and are world leaders in heating, cooling, hot water products.