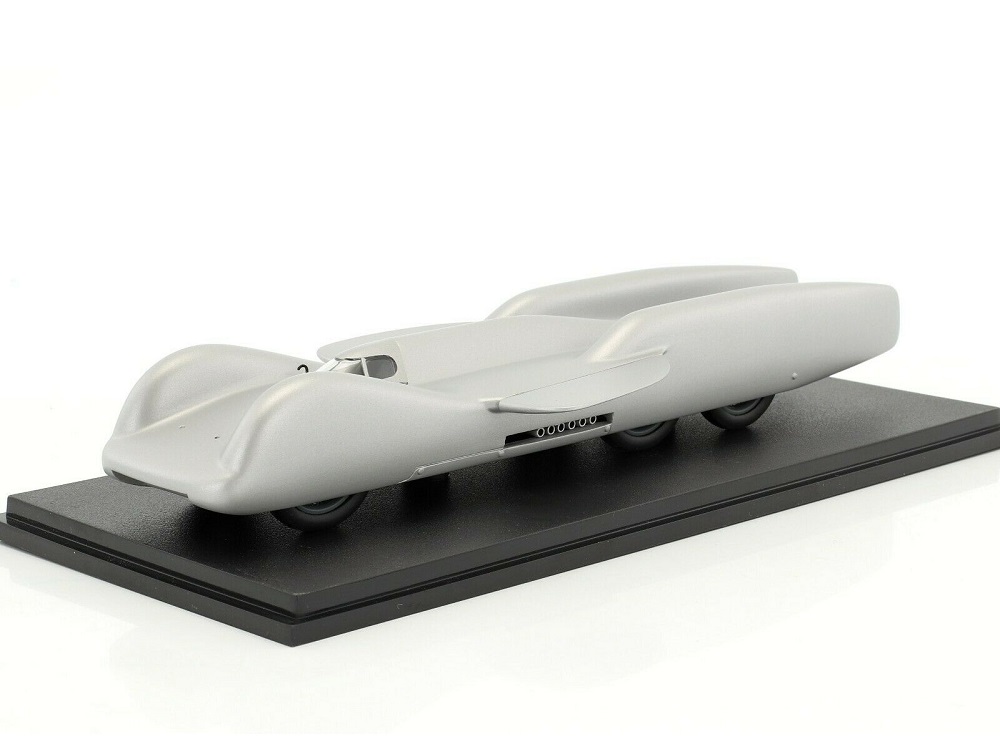 A project that had the personal blessing of Adolf Hitler, an aircraft engineer called Josef Mickl with some assistance from his friend Dr. Ferdinand Porsche (of Porsche) went on to create this car called Mercedes-Benz T80.

The project was undertaken at the request from racing driver Hans Stuck (father of world famous Hans-Joachim Stuck), who was immensely liked by the Fuehrer. Hitler also wanted to prove that the German technological prowess was far more superior than that of Great Britain, France or Italy.

When Mickl first began the project, his target for speed was 550 km/hr. But when his team learnt of another car being developed in the UK for the land speed record, he decided to use a more powerful engine that would surpass speeds of 750 km/hr. He used a massive 44.5 litre aircraft engine that was also used to power aircrafts of Dornier, Messerschmitt and Heinkel.

During the World War II, this car was moved to Austria for safe-keeping, but today sits at the Mercedes-Benz Museum at Stuttgart.

This is a RESIN model car with high degree of detailing.