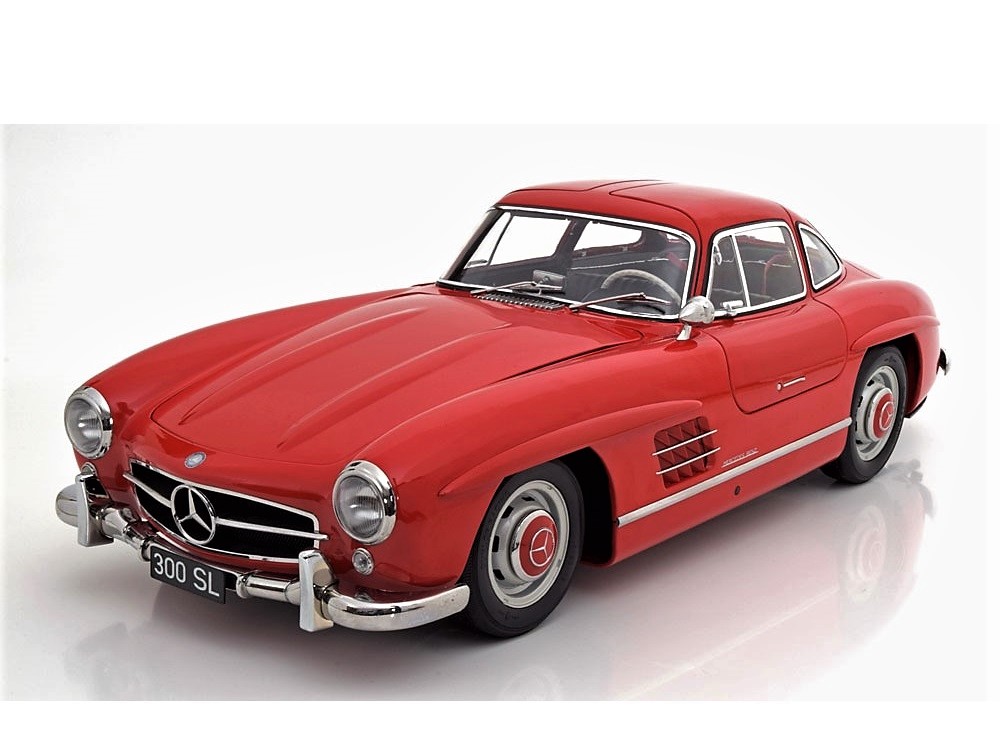 It was on the suggestion of Mercedes-Benz's USA distributor that the SL300 was created.

Austrian born Maximilian Edwin Hoffman who was an importer of various luxurious brands such as Mercedes-Benz, BMW, Porsche and Alfa Romeo had suggested to Mercedes to create a powerful car that would be parallel to the SL300 racing car (W194) and at the same time that offers all the comforts of a luxurious car.

During a meeting in September 1953 in Germany, Hoffman was assured that his voice would be heard. In exactly five months the W198 (technical name) or the SL300 (SL stood for Sports Light) was launched in USA during the International Motor Sports Show, New York.

This new car not only combined elegance and speed but also featured unique doors for the first time. Called ‘Gullwing’, the doors were hinged at the roof instead of the conventional sides. Opening upwards like that of the wings of a seagull, the Mercedes-Benz 300SL was the first production car to have this feature though its design was first used by Jean Bugatti more than 15 years back on his Type 64 prototype made in 1939.

Separately there were 29 other special 300SL models built that had an aluminium body with ‘Sonderteile’ engines (specially made parts engine) which used a different type of camshaft that increased the power output by additional 15 HP (these specially built 300SL models sell for over a US$ 1.5 million in auction houses).