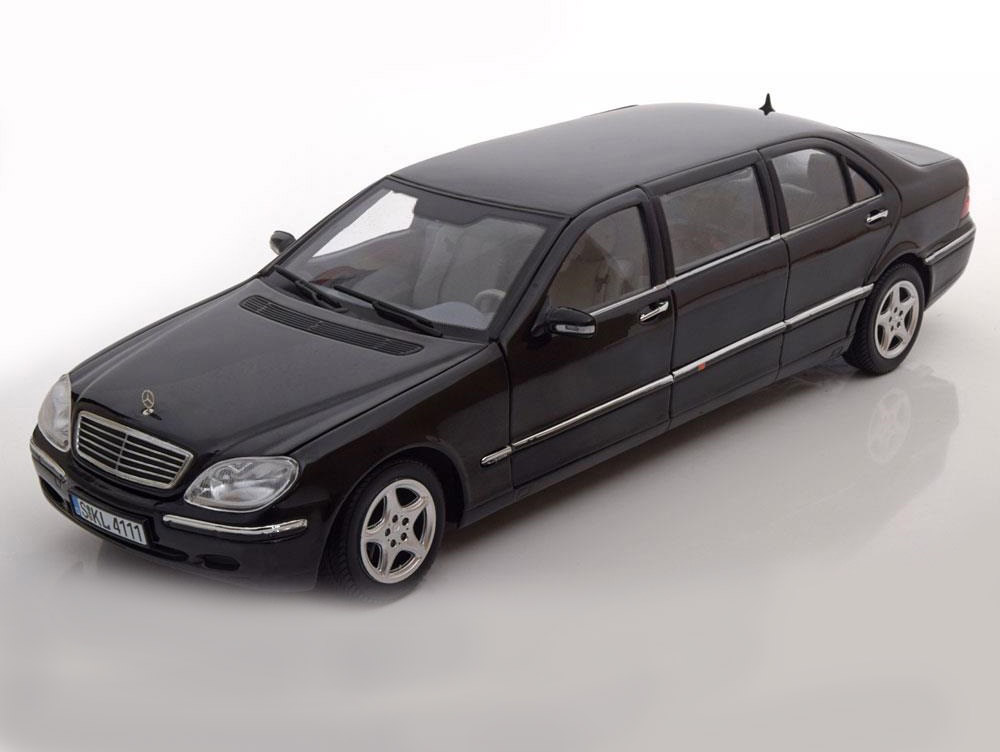 It was during the winter of 1990 that Mercedes-Benz announced the W140 (production model number) would be launched. A year later at the Geneva Motor Show the car was displayed for the first time.

The W140 was a 3rd generation model of the S-Class (Sonderklasse in German mean special class) came in several variants and features that classified in to the S-Class, SE-Class, SEL-Class (extended wheelbase version) and the SEC-Class ( coupé version). Nearly 500,000 cars were made under this series.

It was however in the month of September 1995, that Mercedes-Benz most expensive model, the S600 Pullman was launched. Primarily, it was meant for to be sold as state cars and for the VVIPs.  The customer had the option to armour it and incorporate other features that suited his/her taste. This included a fax machine, refrigerator, 2-seats or 4 facing seats, automated sliding glass that separated the driver’s cabin from the rear. etc.  Nearly 6200 mm long, this car was almost 1000 mm longer than the wheelbase of it's SEL variant.

In India, an armoured car was purchased for the (then) President of India, Shankar Dayal Sharma. Later the same car was used by the next President, Shri K. R. Narayan.