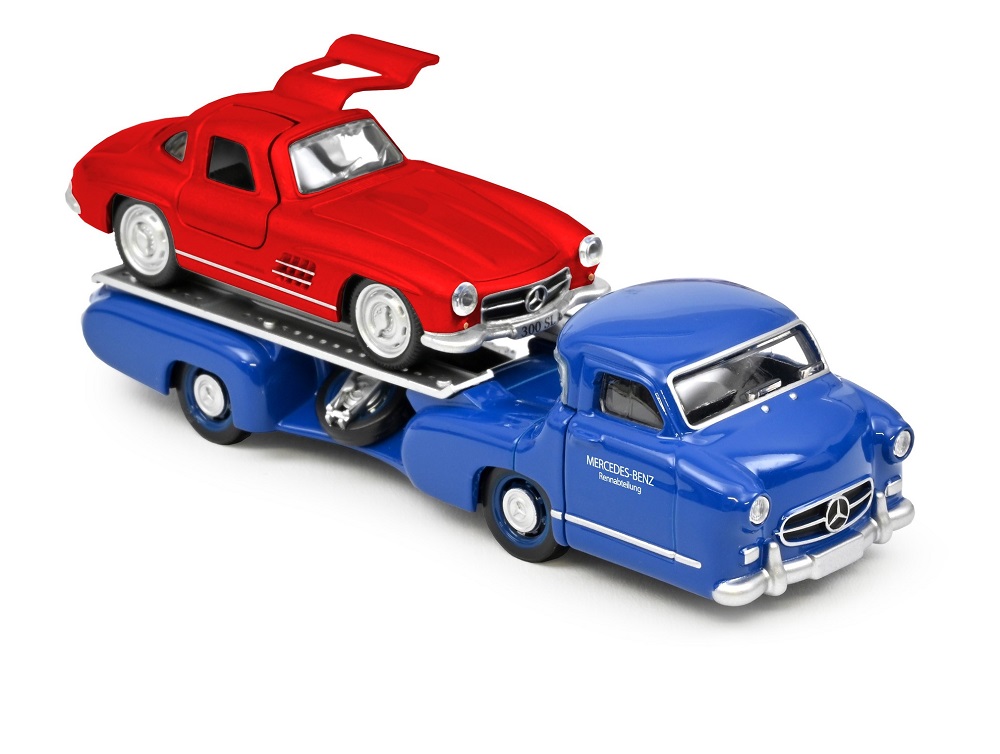 Along with the Silver Arrows (racing cars of Mercedes-Benz), another iconic creation that caught the attention of the world was the Transporter, which Mercedes developed to transport their racing machines to the racetracks in 1955.

In 1954, the factory built the same car at the request of then-Mercedes Racing Team Manager Alfred Neubauer. Using the chassis of the Mercedes-Benz 300S, fixing a forward-positioned cabin, and using parts of a Mercedes-Benz 180 model (fenders, doors, etc.), this was powered by their 300SL's 3.0 litre, 6-cylinder engine. This "transporter" (renntransporter, in German) could travel at a top speed of 170 kilometres per hour. Because of her blue paint coating, this vehicle was nick-named the "Blue Wonder."

After the Le Mans tragedy of June 11th, 1955, when Mercedes-Benz driver Pierre Levegh crashed his 300 SLR, killing him and another 85 spectators, the management decided to withdraw from racing, prompting the factory to use this transporter in the USA for road shows. This model, after 10 years, was finally scrapped in 1967.

Somewhere in 1994, using old drawings from the archives, Mercedes-Benz reconstructed a complete new model, and today the same can be seen at their Stuttgart museum.