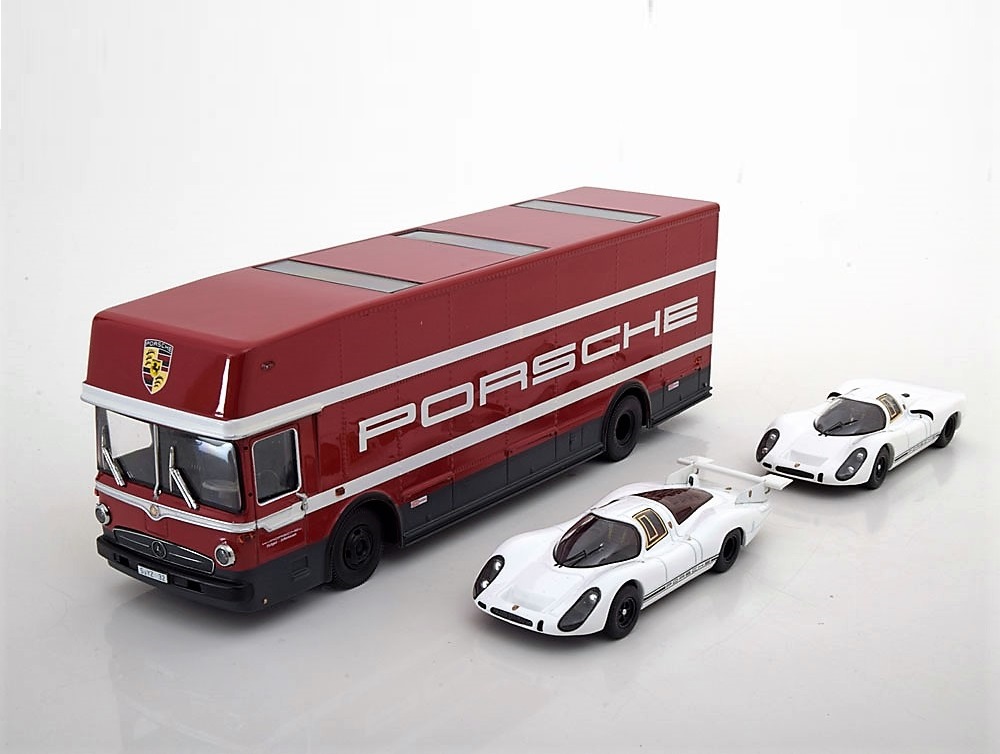 Seventy years back in the early days of motor racing, racing cars were driven to the tracks by the drivers themselves (in the absence of any idea of a carrier). Be it to the Le Mans or Targa Florio or even the Mille Miglia, the situation remained the same - the cars had to be driven by team members to the race tracks.

But with the introduction of more faster cars that came equipped with more instruments that needed highly specialized equipments and manpower (to monitor), need was felt to have one vehicle that could transport all at the same time, to the racing venue.

One firm was Porsche that identified this need and immediately started working on the same discussing with other heavy-duty automotive makers. Porsche wanted a carrier that could carry additional engines, gear-box and chassis parts. Also wheels, tool boxes and other monitoring equipments.

What turned out was a partnership with Mercedes-Benz who supplied them with the chassis of a Mercedes-Benz O317. A specialist firm called Robert Schenk converted the Mercedes bus to Porsche’s specifications. This was in 1968 and the vehicle was called the ‘Buster’.

Iconic vehicles from Porsche stable such as the 917, long-tail 908 and others were transported across large distances.

To commemorate this long association 70 Years of Porsche set was created by expert model maker Schuco which includes the Mercedes-Benz O317 Racing Transporter along with models of the Porsche 908 (short-tail) and Porsche (908 long-tail).

Only 700 pieces have been made. A collectible that will grow in value with time.