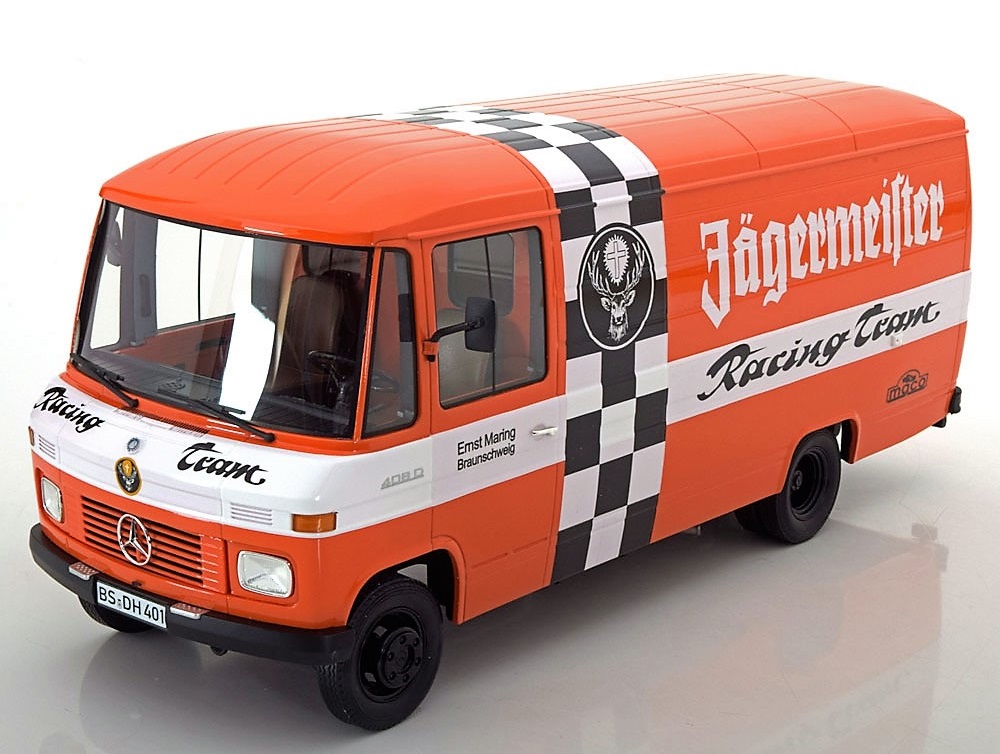 Known by its nick-name ‘Dusseldorf Transporter’, the development of this model opened a completely new segment of commercial vehicles in the market.

While the earlier L319 model was curved, rounded and small, this van addressed the need of someone requiring larger volume space. In 1967 when the first vehicle rolled out of the Duesseldorf factory, the Mercedes-Benz L408 immediately caught the attention of commercial users as it filled the gap between a bus, truck and a van.

This vehicle was positioned between a large truck and a van. It had a higher payload capacity, comforts like that of a bus with additional seats at the rear (when used as a crew pick-up cab). Companies ranging from the German Postal Service (Deutsche Post) to construction firms to municipality teams immediately preferred this van over others.

Ernst Maring, the German F1 rally driver from the city of Brunswick (Braunschweig) participated as a member of the Jagermeister Racing Team in the European F3 Cup when this vehicle was used to transport his car to the race track. Ernst Maring during the same race stood in the 20th position winning 2 points.

This is the same 1:18 scale rendition in resin and is made in limited numbers.