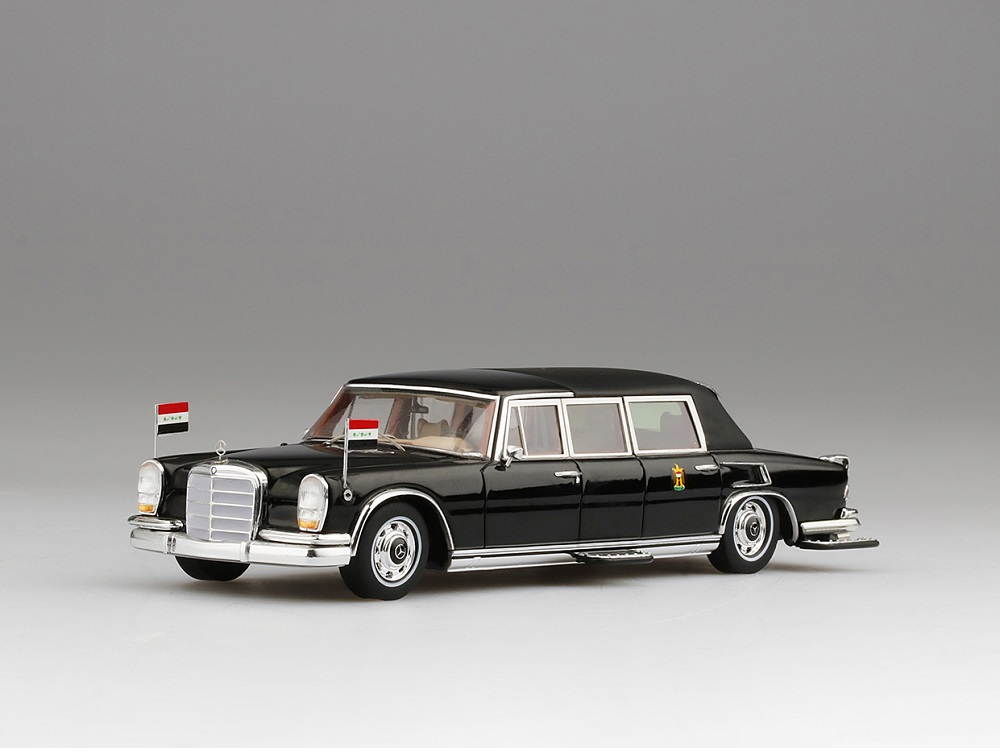 This car had a newly built 6.3-litre V8 engine and its windows, door locks, sunroof, brakes, etc. were all hydraulic operated. Most limousines had a partition glass between driver and rear occupants. There was independent heating, air-condition and a refreshment bar. Each were made specially for clients and no two cars were the same.

This specially built Mercedes-Benz Limousine was very special for Iraq’s dictator Saddam Hussein. Unlike the other limos that have 6-doors, this special model had only 4-doors although it was nearly 21 feet long and weighed over 4 tons. The car was used during parade’s and also during official ceremonies.

With 4 specially built footboards (for standing bodyguards), special car seat fabric (leather was not used as temperatures in Iraq can go up to 50 degrees centigrade and leather can be quite uncomfotable) and many other features, this car was unique.

Soon after the Iraq war was over, many of the cars disappeared from the Presidential Palace in Baghdad where it was kept in the basement. It is said that smugglers first transported this car to Amman, Jordan where it was kept for a long time until a deal was negotiated with the Peterson Automotive Museum in Greater Los Angeles where it stands today.