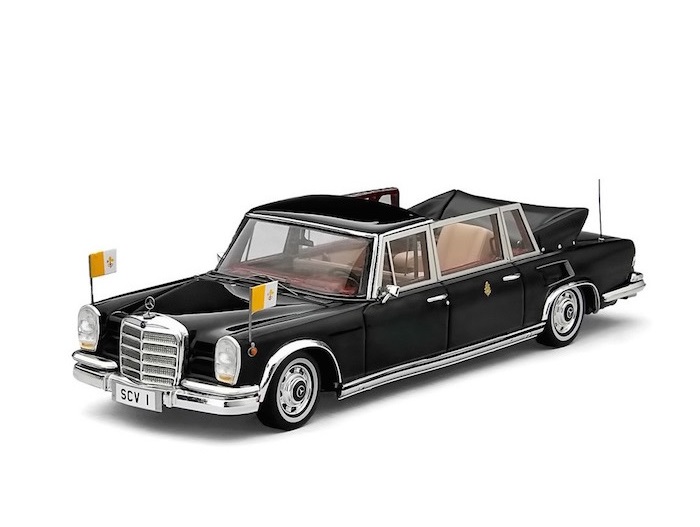 This car had a newly built 6.3-litre V8 engine and its windows, door locks, sunroof, brakes, etc. were all hydraulic operated. Most limousines had a partition glass between driver and rear occupants. There was independent heating, air-condition and a refreshment bar. Each were made specially for clients and no two cars were the same.

Mercedes-Benz has been making custom-made vehicles for the Papal since 1930. The first car supplied was the Mercedes Nuerburg 460 in 1930 to Pope Pius XI. Subsequently they have supplied custom-made landaulets, limousines and even off-roaders to the Vatican.

This Mercedes-Benz 600 model was gifted by Daimler-Benz AG to Pope Paul VI at Castel Gandolfo in Rome on 10th September 1965. Specially built for the Papal (world head of the Roman Catholics), this car had a special seat which could be raised or lowered.

This model was used by three successive Pope’s during official functions. The car is now in the possession of Mercedes-Benz in Stuttgart.