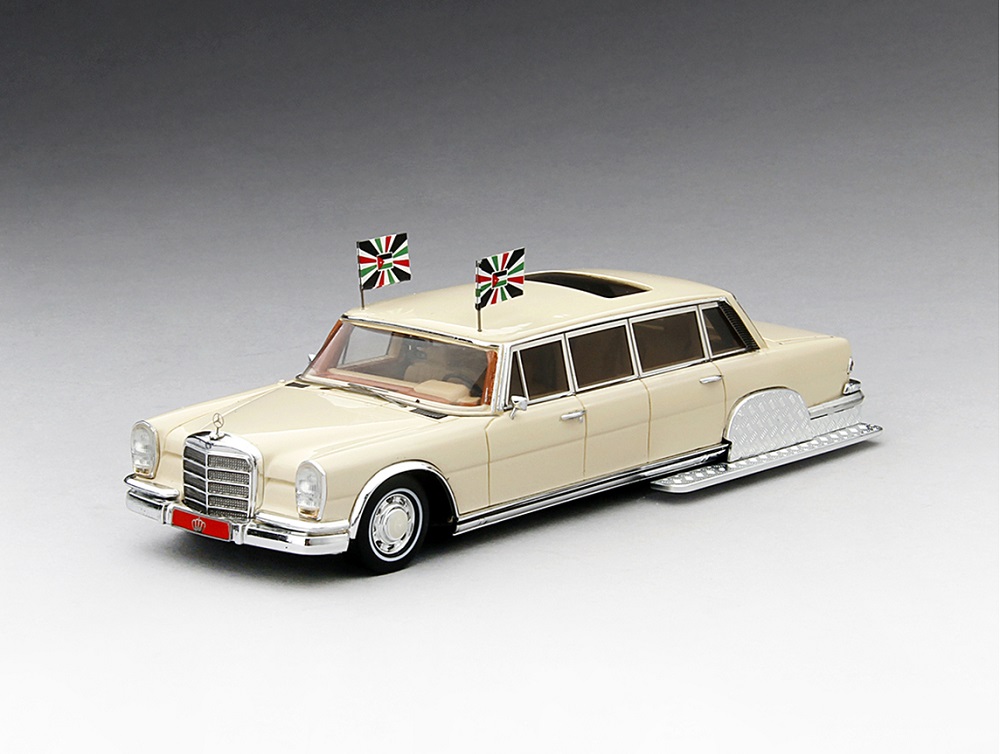 This car had a newly built 6.3-litre V8 engine and its windows, door locks, sunroof, brakes, etc. were all hydraulic operated. Most limousines had a partition glass between driver and rear occupants. There was independent heating, air-condition and a refreshment bar. Each were made specially for client and no two cars were the same.

This limousine made for King Hussein of Jordan (the present King Abdullah's father) had a special external foot landing for his bodyguards. Apparently this was the same car that King Hussein sat on, upon his return from Mayo Clinic, USA after his cancer treatment (he was a chain-smoker for several decades). Sadly he died soon after.

In 1:43 scale, this RESIN model will be one of your most prized collectibles.