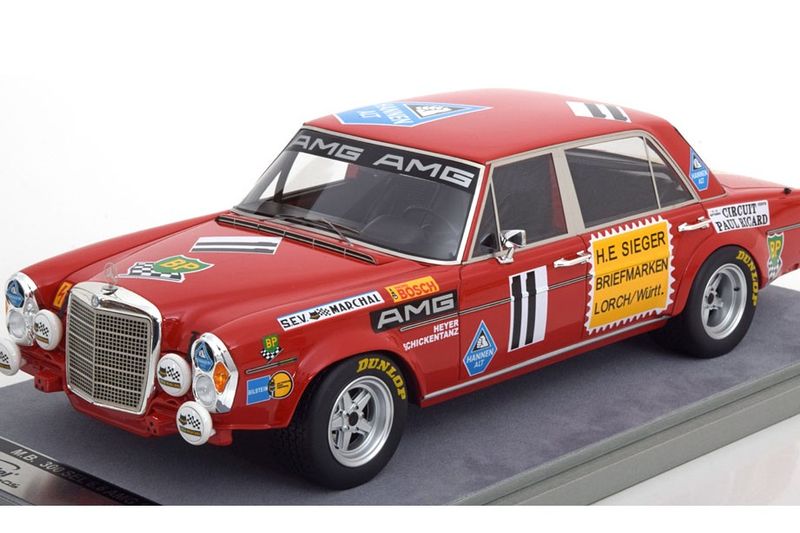 In 1971 history was created and the same reverberates until today, even after the passage of 50 years.

Two former engineers of Mercedes-Benz, Hans Werner Aufrecht from Großaspach (Grossaspach) and Erhard Melcher establish AMG to do tuning of Mercedes-Benz cars. They had so much knowledge about the inner working of a Mercedes they knew they can get more out of it.

So they take Mercedes-Benz’s 300 SEL model with a V8 and 6.3 litre engine bore the engine to a larger 6.8 litres that gave an increased output of 428 hp. Special suspensions were provided that kept the car very low. An automatic gearbox was installed. Flared arches were provided to cover the protruding tyres. To reduce its curb weight the body was given aluminium doors. The car does a top speed of 265 km/hr.

The partners label this Mercedes-Benz car AMG and take it for a test drive. Because of her frontal looks, people labelled it the “Röte Sau” or “Red Pig”. Some even called it the Red Monster. But what people didn’t know about this car was how it set the course of future history for Mercedes-Benz.

On 25th July, 1971 at the endurance race called Spa 24 hours in Belgium, two drivers Hans Heyer and Clemens Schickentanz raced this car at the event starting 5th from the grid. All day and night it roared along and kept pace with the other winners and came overall second. It would have certainly stood first had the car not made several stops at the pit for refueling (because of its powerful engine) and changing tyres (as it ran really fast burning tyres).

Critics who baulked at the strange looking car in the beginning were silenced forever and the "Red Pig" became history. It was only after this car, that Mercedes-Benz adapted the word AMG for all her machines that are tuned for higher performance and this relationship continues even today after nearly fifty years.

Only 80 pieces created. This product is MADE IN ITALY.