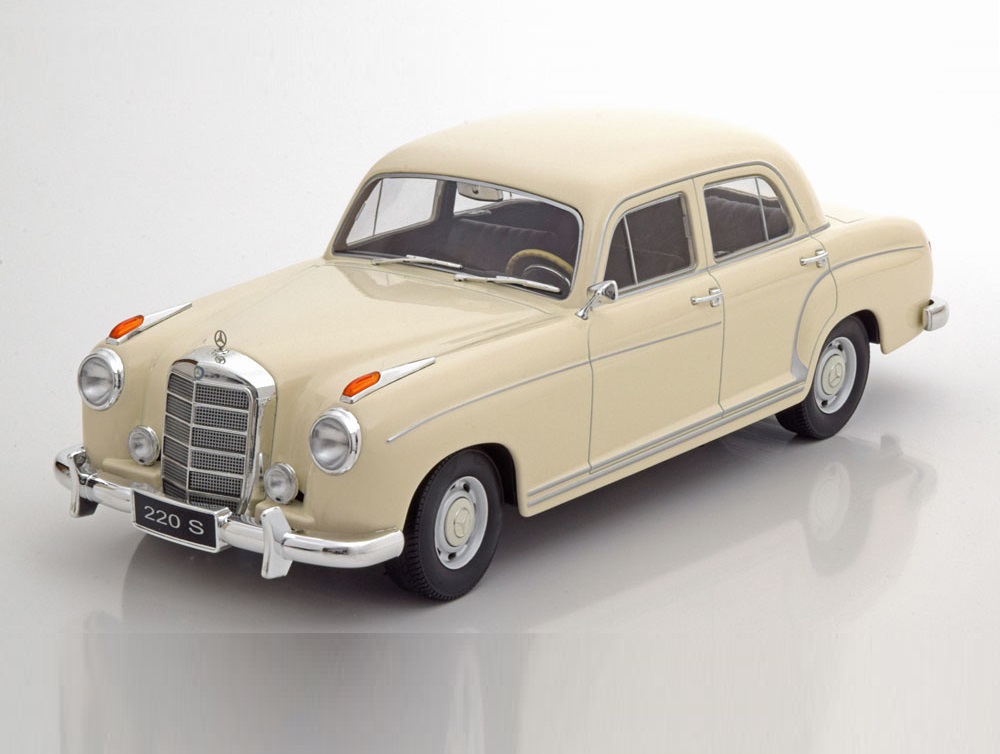 The first model from Mercedes-Benz with a monocoque* body, the 220 was internally known as W180 and was launched in the market in 1954. The alphabet ‘S’ got attached as this is the practice with all Mercedes model's having any special feature. In the case of this model there were several – monocoque body, ponton design, etc.

This model was not only spacious, but also offered customers to have the option of an automatic clutch called Hydrak (developed jointly between Daimler Benz and Fichtel & Sachs and was a short name for the word hydraulische kupplung or hydraulic coupling).  With a 2.2 litre engine (other options were smaller 1.7 litre and 1.9 litre engine), the Fritz Nallinger designed car was a turning point for Mercedes.

The car besides being produced in Stuttgart were made in South Africa and Australia for a decade (1953-1963).

This particular model called the Mercedes-Benz 220S - W180 II was the newer version of the 1st generation model with an upgraded 2.2 litre inline-six engine having two carburettors, giving an output of 105 hp. This model was produced for 3 years between 1956-1959.

* monocoque or unitary type design is a type of body structure in which the body is built up as a single unit. It is built of hollow sheet steel parts onto which the other body panels such as the cross members, roof frame, side members, etc. are welded.