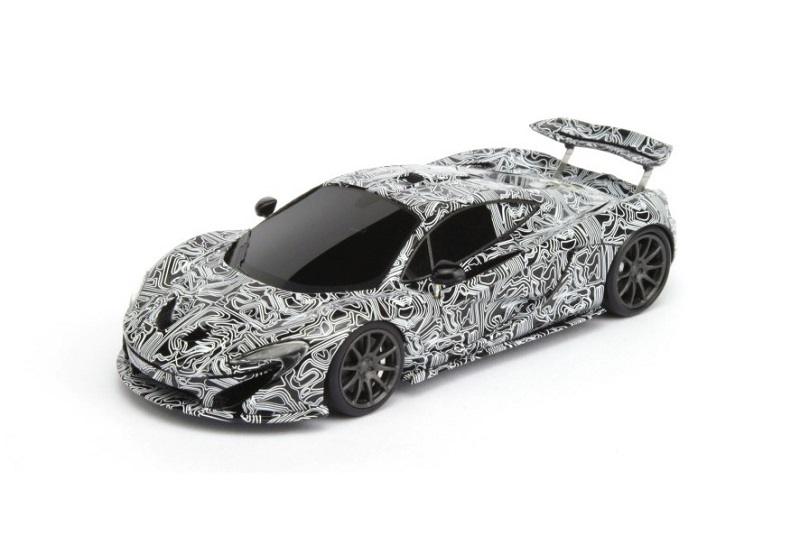 The use of carbon fibre in automobile segment is only to make the vehicle lightweight, but with British racing firm McLaren the use is dual - they also make them design worthy.

Just before this model was launched, the P1 was raced under different circumstances at different places under the protective cover of vinyl.

The process of camouflaging a vehicle is done by automotive makers to avoid competitors knowing what is behind the cover.  Paparazzi photographers who are always waiting to take photos of new models (known as ‘spy shots’) use these first pictures to sell them to competitors or use these images to get them printed in automotive magazines.

The process to cover these in vinyl is not so simple. Manufacturers use computers to design various patterns that can fool an attentive person by hiding flush lines, curvature, design pattern of lights, etc.

This scale model in a resin is an exact rendition of the same while the McLaren P1 was undergoing trials.