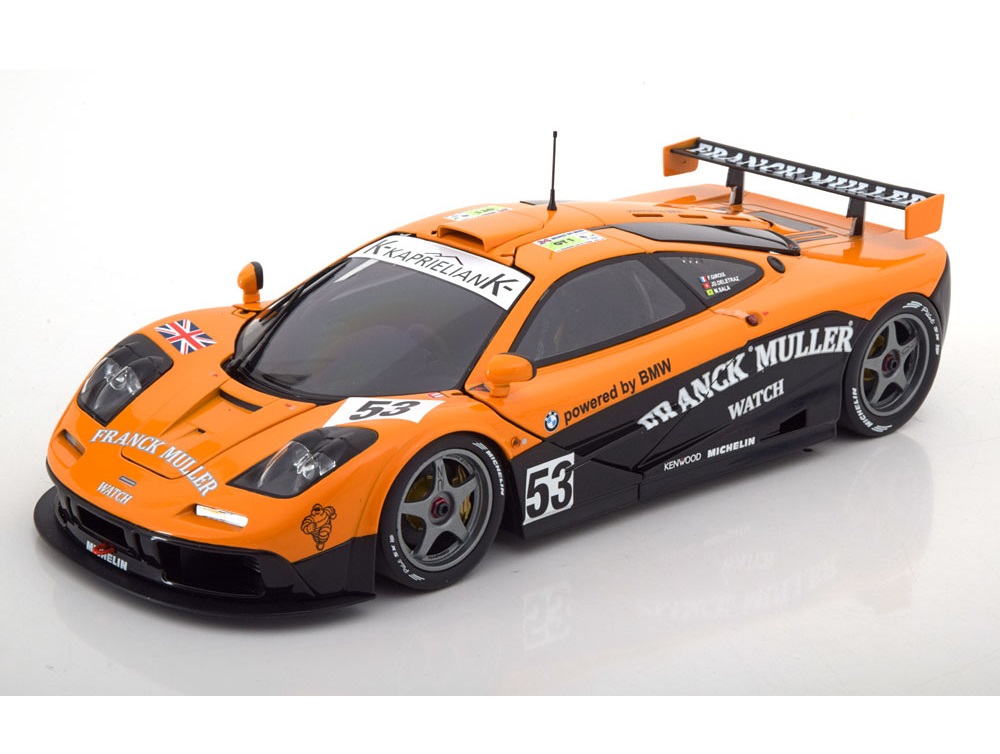 Created by legendary designer Gordon Murray, the McLaren F1 GTR is the racing version of their first produced sports car. This car is powered by a naturally aspirated* BMW S70/2 V12 engine.

In the 1996 Le Mans 24 hour racing, this car driven by by the Giroix Racing Team with members Fabien Giroix, Jean-Denis Deletraz and Maurizio Sandro Sala had a tough fight with the Porsche 911 GT1’s. Though that race was won by Porsche LMP, it was the McLaren’s F1 GTR that took the 4th, 5th, 6th, 8th, 9th, and 11th positions.

Returning in 1996, competition from the Le Mans Prototypes was stiffer as Porsche had a factory team in the class. GT1 class itself was also more competitive, again with Porsche having a factory team with their new 911 GT1s. McLaren had seven entries again, but were unable to repeat on their success, although they were only beaten by the two new 911 GT1s and the overall winning Porsche LMP. Six of the seven McLarens finished, taking the 4th, 5th, 6th, 8th, 9th, and 11th places.

This car was sponsored by Franck Muller, a bespoke watchmaker from Switzerland and known for their luxury and complicated watches (in 2004, they created the world's first tri-axial tourbillon watch in the world). The cost of their watches begin with a price tag of Rs. 2 lakhs and can go above 1 crore.