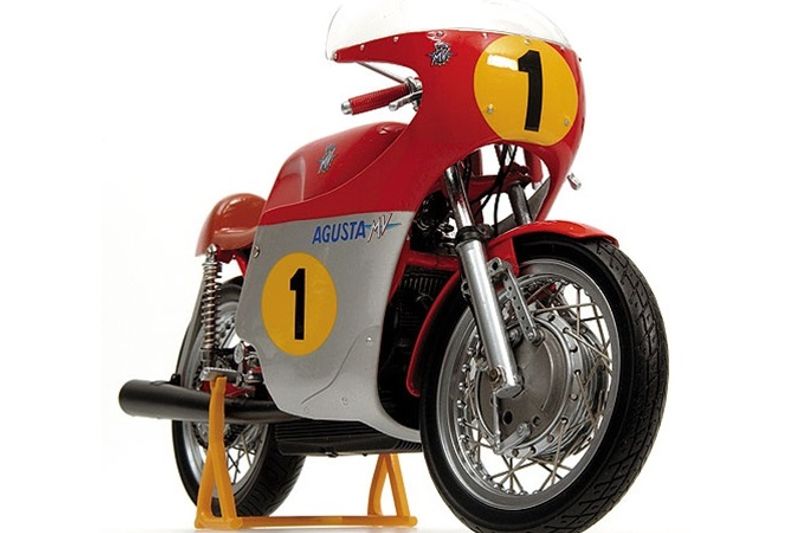 It is very seldom, that a motor bike brand and a racing driver are in such a close relationship as the MV Agusta and Giacomo Agostini.

As a reaction to the Honda factory bikes, which dominated the racing scene in the early 60s, in 1964 Conte Domenico Agusta ordered the development of a three-cylinder racing bike. The result was a bike, which was smaller and lighter than the counterparts constructed by the competitors. It had a comparable performance, but offered much better handling.

Conte Domenico Agusta allowed the use of this bike under one condition: An Italian had to be the driver. So, Giacomo Agonstini`s triumphal procession started and the name Agusta became a legend.

This scale model has the following features

In 1:12 scale, this metal model has extreme detailing and comes inside a special collectible box. Very rare collectible.