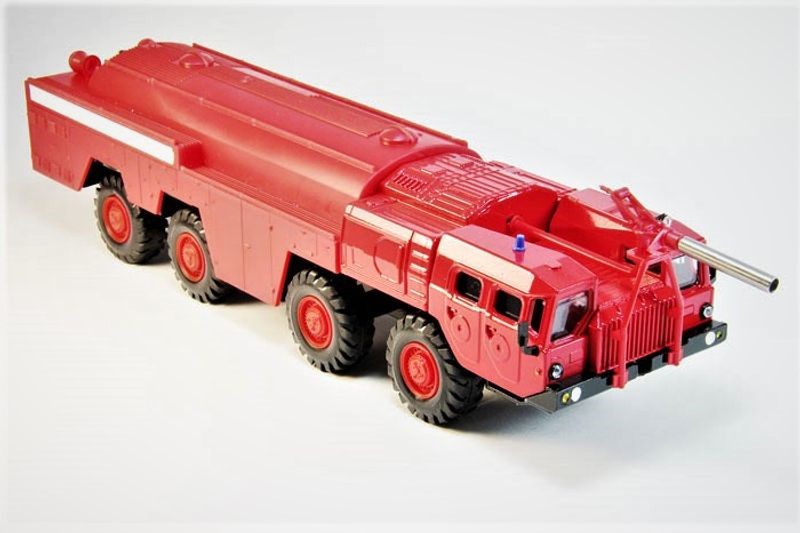 First developed during the sixties for the military, these huge 8 x 8 trucks called Hurricane were produced in the state of Belarus (then a part of the Soviet Union) by the Minsk Automobile Plant (MAZ).

First displayed during the Victory Day Parade celebrations in 1965, these mammoth trucks complimented the Soviets huge and heavy nuclear arsenals by easing transportation. This happened at a time when no other Western powers had such gigantic trucks.

With a colossal 38.9 litre D12A diesel engine that generated 525 hp, these MAZ 543 trucks were used for varied purposes including movement of SCUD missiles, fighting fires, mobile mechanical workshop and carrying heavy payloads to the war front. Though heavy, its top speed was 60 km/hr. Over 2000 of these were produced. Designed to operate under wide temperature zones, these could work without any compromises in summer temperatures of +45 degrees as well as in the Actic sub-zero conditions of -50 degrees.

A variant called the 7310 was made available as Fire Tenders and the airport at Frunze (now Bishkek the capital city of Kyrgyzstan) had one. This scale model in 1:43 is a rendition of this Fire Tender.

A rare and unique metal collectible, this one is Made in Russia.