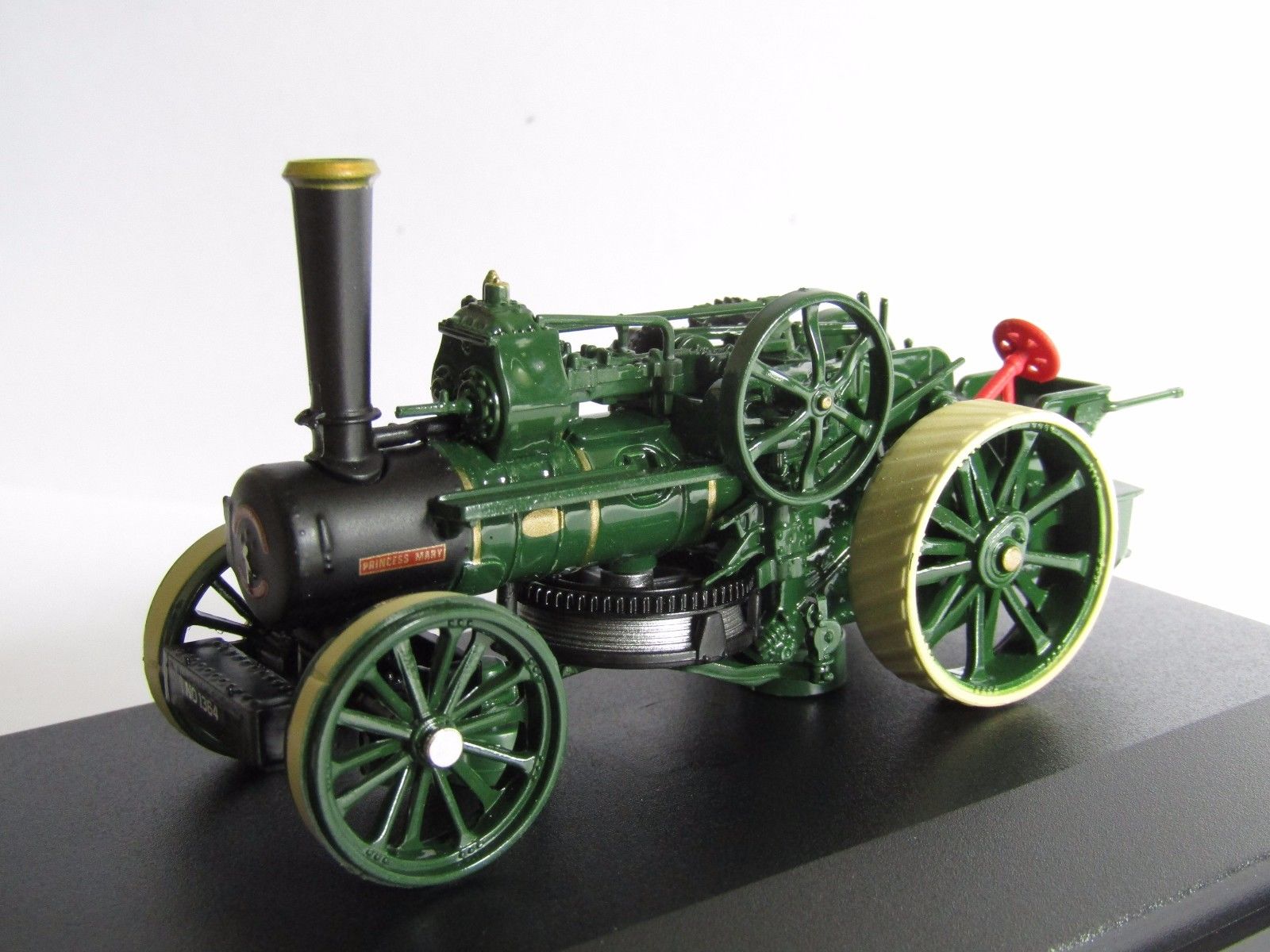 Ploughing machines came up during the years 1830 – 1870 when the need was felt by farmers to have machines that can till vast swathes of land. While a large horse could plough about one acre a day, a good ploughing machine using a 1000 kg of coal could be used to till about 20 times more land.

These had engines constructed out of boilers that produced steam to run them. And these ploughing engines were popular until the 1920s after which more powerful fuel based engines started appearing in the market.

Though several firms made such engines, one notable company that belonged to John Fowler Jr. who made a wide variety of portable boiler units that were used as ploughing machines, cranes, etc. was the most popular of all brands.

This BB1 Ploughing Steam Engine model has gravel textured wheels, chimney, and a cable feed. Registration number 1364 appears on the front as well as at the rear. The model name Princess Mary is printed in red and gold at the base of the chimney stack as well as the name of the manufacturer - John Fowler & Co. Engineers, Leeds that appears on the front of the boiler.