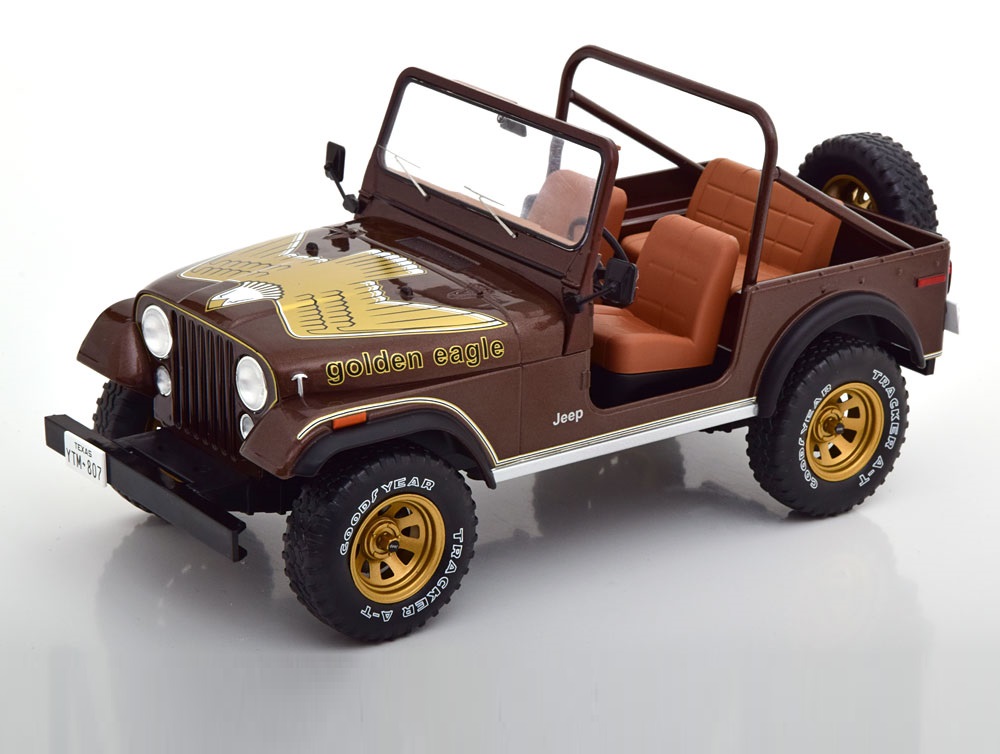 The "Golden Eagle" CJ-7 variant appeared for the first in 1977. Produced for the next 6 years, this SUV came with the Golden eagle decals on the bonnet top and had air-conditioning, soft-top/hard-top option along woth power disc brakes.